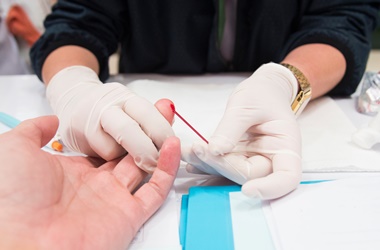 Pre-Exposure Prophylaxis (PrEP) – the treatment used to prevent transmission of the HIV virus – is to become routinely available on the NHS in Wales, the health minister has announced.

The recent advancement comes after positive results emerged from a trial in Wales to test the antiretroviral medicine.

Of the 1,200 people who took the treatment in the three-year trial, there have been no new diagnoses of HIV.

Health minister Vaughan Gething said that the Government has also ‘benefited from the emergence of generic versions of PrEP that are available to the NHS at a greatly reduced price when compared to the proprietary product’.

The All Wales Medicines Strategy Group (AWMSG) initially advised the Welsh Government not to fund PrEP on grounds of cost-effectiveness. However, since the publication of the trial results, the body has deemed the drug suitable.

Mr Gething said: ‘I am very pleased to be able to confirm I have today (30 June) endorsed AWMSG’s updated recommendation that PrEP continues to be routinely available in Wales, not as part of a study, but as part of routine NHS care for all people for whom it is clinically appropriate.

‘The provision of PrEP is an important measure in our aim to eliminate HIV and I am proud of what we have achieved to date in Wales. We have made huge progress in developing more modern and effective sexual health services over the last few years.’

PreP was due to become routinely available on the NHS in England earlier this year – but the Covid-19 pandemic delayed its roll-out, with a staggered introduction expected instead.

This was following the publication of a PHE report that confirmed transmission of HIV has fallen by more than 70% in England in six years among gay and bisexual men.

A version of this story first appeared on Pulse’s sister title The Pharmacist.