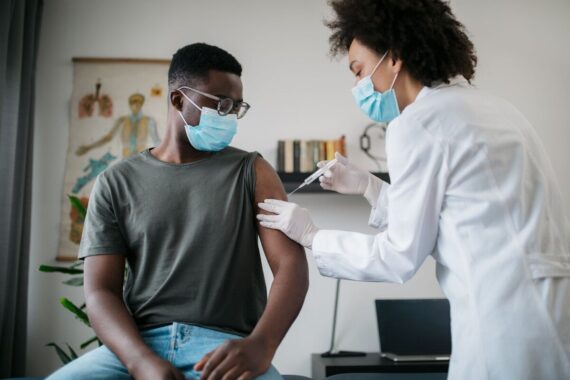 A vaccine used for Meningitis B could be a cost-effective way to treat gonorrhoea, according to a new study.

Researchers from Imperial College London found that offering the Bexsero vaccine to people with a confirmed gonorrhoea diagnosis, and who are therefore at higher risk of being infected, would prevent more than 43,000 cases and save more than £2.2 million over 10 years.

The study, published in The Lancet Infection Diseases journal, is the first analysis to show that targeted vaccination of groups with a high risk of gonorrhoea could save money and benefit health.

Gonorrhoea is a sexually transmitted disease (STI) caused by bacteria and, if untreated, can cause serious health problems such as pelvic inflammatory disease in women and infertility.

Cases of gonorrhoea are rising globally amid increased resistance to drug treatments and no currently approved vaccines to treat the infection. The World Health Organization (WHO) has designated gonorrhoea as a public health priority.

Previous studies have shown that meningitis vaccinations could offer protection against gonorrhoea, but this is the first to analyse the costs of vaccination, the cost savings from reduced testing and treatment of infections, and the value of health gains from averting illness.

The researchers looked at high-risk groups. In England, men who have sex with men (MSM) have the highest incidence of infection, accounting for almost half of diagnosed cases. They are also at the highest risk of having a drug-resistant infection.

By modelling the cost-benefit per vaccine dose administered, the researchers determined that offering the vaccine to those in the high-risk group with a confirmed gonorrhoea diagnosis would be the most cost-effective solution and prevent more than 43 900 cases.

Dr Lilith Whittles, from the School of Public Health at Imperial College, said: ‘If existing meningitis vaccines were targeted towards at-risk groups, they would not only have a large impact on the gonorrhoea epidemic in men who have sex with men, but could also save costs to the NHS.’

Offering vaccination against gonorrhoea to all MSM in England attending sexual health clinics would have the fastest and most significant impact on health, according to the researchers, by preventing over 110,000 cases, but this solution is less cost-effective as it requires a large amount of vaccines.

Alternatively, vaccination based on future risk of infection could also be offered and was the most cost-effective but could be the hardest to implement. This group would include those diagnosed with gonorrhoea and those reporting high numbers of sexual partners. The researchers suggest vaccinating could prevent more than 110,200 cases and save more than £7.9 million.

Professor Peter White of Imperial College London said: ‘We found the most cost-effective approach is offering vaccination to those men who have sex with men at highest risk, but this requires asking about sexual behaviour which might be sensitive for some people and so it might be difficult to do in practice.’

He added, ‘If we can’t put this approach into practice, then an alternative pragmatic approach is offering vaccination to all MSM testing positive for gonorrhoea, as being diagnosed with gonorrhoea is an indicator of risk of future infection.’

Let’s be honest. So is a condom. It’s cost-effective. And empowers the autonomous human. But that’s very complicated for a nanny state. Perhaps you may learn from PreP, where the dury is out on whether you almost condone irresponsibility and casual indifference.

interesting thought – although at present these vaccines are not available free on NHS, so patient would have to pay for them?