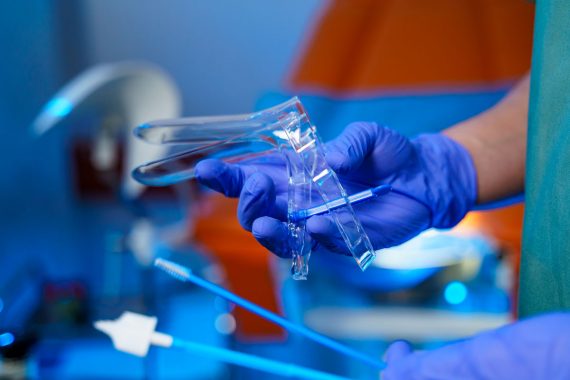 GP practices have until tomorrow (Tuesday 30 November) to complete phase one of the national ceasing audit for the NHS cervical screening programme, NHS England has said.

It comes as practices were asked to review some patient records to ensure no one had been accidentally removed from the cervical screening call/recall programme in August.

The audit is part of a national assurance process which normally takes place every year.

Phase one of the audit includes all patients who have been recorded on the national cervical screening call and recall IT system since 1 April 2010 as having both:

The CSAS provided practices with a list of the registered patients who fit the above criteria over the end of August and beginning of September.

Practices were expected to review those patients’ records to confirm whether they have a cervix, which would make them eligible for the programme.

In its latest primary care bulletin, NHS England said that if no response is received by Tuesday, the patients will be automatically reinstated into the cervical screening programme and ‘managed via the standard processes within the Programme’.

Patients with any queries have been asked to contact their GP practice, and those who are overdue screening will be invited ‘immediately’.

Those who are not owed a screening will be invited when next due, and GPs should ensure patient records are updated to show the reinstatement, to stop the patient becoming mistakenly re-ceased.

Phase two of the national ceasing audit is due to start in January 2022 and will cover patients who were ceased since 1 April 2010 for all other reasons and who did not receive a ceasing notification letter.

NHS England said further updates on phase two will be released ‘in due course’.

It comes as GPs in Scotland were told not to exclude women from the cervical cancer screening programme amid a review of exclusion records in Scotland.

The Scottish Government announced in September that the records of just under 200,000 people who had been permanently excluded from the NHS Scottish Cervical Screening Programme would need to be individually checked to ensure the exclusions were correct.

It followed the Scottish Government admitting in June that a ‘small number’ of women wrongly excluded from screening had subsequently developed cervical cancer, three of whom died.

The Scottish Government told Pulse in September it was developing an audit process to carry out the 199,000 record reviews that will involve GP practices, which was not anticipated to require clinical input from GPs themselves.

This audit made no sense – the list we were sent included many patients in their late 60’s and 70’s with no preceding cervical abnormalities who we were asked to confirm no longer required smears. We asked for clarification and received a garbled nonsensical response amounting to ‘because we say so’. Why is it our problem that the the screening recall system failed to send a ceasing letter? Mystifying and perplexing.

The amount of work ploughed into this programme and chasing non-responders, is disproportionate to other medical conditions and cancers. Period.

yes but it consumes money, is minimal risk, can be used in propaganda, and it all counts as spending on health

I agree Terry – propaganda, bias and missed intention – and one celebrity affected equals a whole profession beleaguered by the call recall system of one condition out of a million.