GPs to be able to refer women to perinatal pelvic clinics 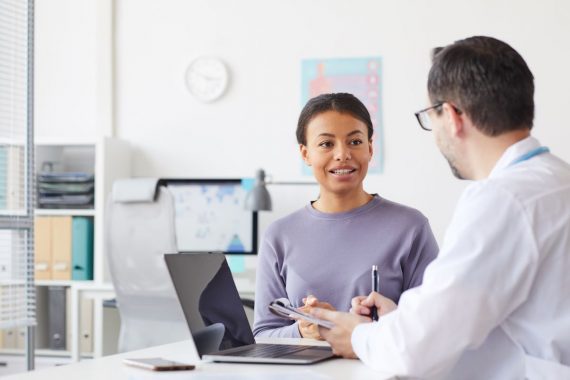 NHS England is trialling 14 pelvic health clinics to support GPs working with pregnant people and new mums, it has said.

GPs will be able to refer women with symptoms of incontinence and other pelvic floor issues to the clinics, where they will be able to access care throughout their pregnancy. GPs will also be offered training and support by the clinics.

Each clinic will be staffed by midwives, specialist physiotherapists and doctors, with a focus on prevention, identification and treatment of pelvic floor dysfunction.

This will include advising patients on how to correctly exercise pelvic floor muscles, and on diet and fluid intake.

NHSE added that people will be able to self-refer so that they ‘don’t feel embarrassed seeking help’.

As many as one in three women experience urinary incontinence in the first year after having a baby, with three-quarters of those women continuing to experience this for 12 years after giving birth, according to NHSE.

One-in-10 women will also experience faecal incontinence, while one-in-12 will have a pelvic organ prolapse.

The new services – which are launching as part of the NHS Long Term Plan’s objectives to improve prevention and treatment of pelvic floor dysfunction – will be expanded to reach women in every part of the country by March 2024.

In its plan, the NHS outlined that physiotherapy is ‘by far the most cost-effective intervention for preventing and treating mild to moderate incontinence and prolapse’.

In the document, the NHS outlined its commitment to improving access to postnatal physiotherapy for women who need it to recover after giving birth.

It added at the time that it would ensure women have access to these care pathways across England via referral.

Professor Jacqueline Dunkley-Bent, NHS England’s chief midwifery officer, said that NHSE is aware many women do not report issues with incontinence ‘because they are embarrassed about seeking help’.

The 14 new sites will reassure women that postnatal incontinence ‘is nothing to be ashamed of and can be treated’, she said.

She said: ‘We all have a duty to share evidence-based messages – including that incontinence products are, primarily, a temporary support, and women with incontinence should seek medical support. We must make sure that these messages are reinforced wherever possible, and not contradicted.’

The 14 pilot services will be set up in:

Earlier this year, a survey led by the National Childbirth Trust (NCT) found that a quarter of new mums do not feel comfortable talking openly about their physical and mental health at their GP check-up six weeks after giving birth.

These appointments were ensured funding in April last year – as part of the amended GP contract – to make sure GPs can give appropriate attention to new mothers’ own health needs.