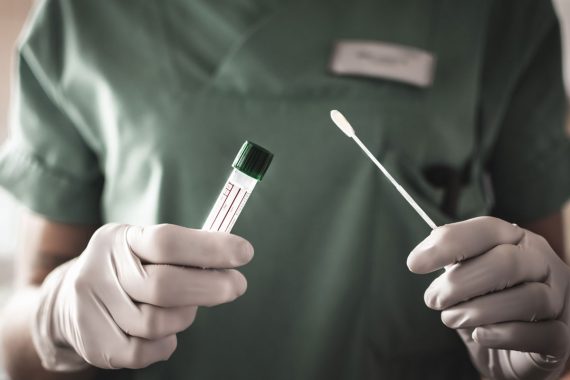 Professor Stephen Powis said it would start in areas with high incidence of Covid-19 infection, such as England’s North West region.

Speaking in a briefing from 10 Downing Street this morning, Professor Powis said this will be made possible ‘as capacity for testing increases, and we are beginning to see new technologies in testing emerging’.

He added: ‘We are now at the point where we will be able to more systematically test asymptotic staff on a regular basis.

‘And we are going to do that first on the advice of the chief medical officer in those areas of the country with high infection rates, such as the North West.’

He also said asymptomatic testing would include other staff, such as receptionists, adding: ‘And yes, we want to extend this out of hospital into primary care settings such as general practice.’

NHS England chief executive Simon Stevens had indicated in July that all GPs could be tested for Covid every week or second week by autumn.

The Government is also hopeful that new swifter Covid tests will allow for a return to a more normal life by next spring, via mass testing of people under its ‘operation Moonshot’ plans.