Boots boss apologises to GPs after claiming they ‘disappeared’ during pandemic 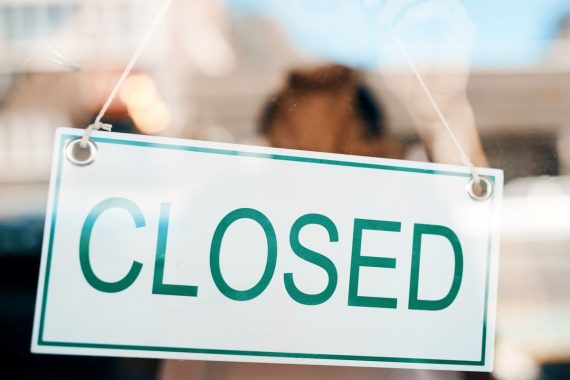 Pharmacy giant Boots has apologised to GPs after its managing director said that primary care had ‘more or less disappeared’ during the pandemic.

Speaking on BBC Breakfast yesterday morning, Sebastian James thanked his staff for their services during the pandemic at a time when he claimed the rest of primary care had ‘disappeared’.

He said: ‘I think my staff has been incredible and I just want to take a moment to thank all of them for really stepping forward at a time when the rest of primary care had really, more or less, disappeared.

‘I think the Boots team did a really, really good job at managing that.’

However, Mr James was forced to apologise after his comments attracted a backlash on social media.

The BMA said that Mr James’ comments were ‘unfair’ and ‘undermine the work of all primary care workers’.

It said: ‘Since March 2020, GPs in England have delivered over 173 million face-to-face [appointments]. Thanks need to be given to all frontline staff and healthcare workers for their efforts throughout this pandemic.’

The RCGP also responded on Twitter, branding the comments ‘insulting’. It said: ‘GPs, their teams and [primacy care] colleagues have worked incredibly hard under huge pressure throughout the pandemic delivering vital patient care and services alongside 75% of the vaccination programme.

‘Seb James’ comments are unfair and insulting – he should set the record straight.’

In a statement this afternoon, Mr James said GPs are the ‘backbone of primary care’ and that he was ‘referring to the fact that many locations had no choice but to close during the pandemic’.

He said: ‘I and everyone at Boots have the utmost respect and gratitude for all primary care workers including GPs – they are the backbone of primary care and I did not mean to suggest otherwise.

‘I was referring to the fact that many locations had no choice but to close during the pandemic and in those situations we were happy to step in and help. This was really about thanking our teams and certainly not about diminishing the role of GPs.’

He added: ‘Please forgive me if I chose the wrong words at the moment to describe this.’

It comes in the wake of ongoing controversy over whether GP practices have been ‘open’ to patients.

Meanwhile, the latest GP appointment figures demonstrated the ‘immense pressures’ GP practices are under, with practices in England carrying out 31.5 million recorded patient appointments in April.

Boot needs a bit of a polish.

Can’t blame Boots if this is the impression we gave

You can blame Boots. They are an American company owned by Greenspan from Illinois and it was a clear marketing strategy to bad mouth primary care. We certainly haven’t given anyone the impression we are closed. A great many people get their impressions of reality purely from the media and so know only a distorted parody of reality designed to sell news outlets.

Primary cate disappeared ? Tell that to the loved ones of our fallen colleagues . An absolute anathema who ‘s position is now untenable.

The Practice I’m registered with disappeared. Though paying themselves £90 an hour in the Covid vaccination clinic.

Dave Haddock; the practice you work for? Where were you then and what were you doing if it was shut? If it is the practice you are a patient at you won’t have any idea what work they were doing. The doors were shut because Covid kills, 1/3 are asymptomatic and a sig proportion of hospital patients caught it in hospital. If we had stayed open door we would have caused the death of tens more thousands. It’s odd how so many can’t get their head around epidemiology and virology. Never mind. I had better hopes for GPs to understand it but there you go. Maybe you are not a GP Dave? Or maybe you bunked off the courses on public health when we were at uni

Thanks Finola, but I have a very good idea what the Practice I’m registered with is doing because we are neighbouring Practices in the same PCN, a Partner is a neighbour, and the locals have been all over social media complaining. They shut the doors and made it as hard as possible to contact them and have continued to do so despite everyone being vaccinated and most of the medical staff being so young as to be at almost no risk whatsoever. But they have been doing vaccination sessions for which they pay themselves generously, despite local volunteers who would have done the job for free.

Wow, I was going to say Boots cheif was down a hole and digging himself deeper saying many GPs had had to close because of Covid!
Then there are monetions that some practices actually WERE CLOSED!

Well practices around here have been open almost throughout, definitely contactable throughout, even when shut for 4 hours for deep cleaning in the middle of a day. Some have taken on extra staff to cover absence and overcome covid-induced access difficulties. And the going rate for vaccinating (if not taken on as a volunteer), isabout £10 per hour, instead of normal imcome, not 3 90 per hour in addition!

Other News ————-I’m waiting for a text from my practice informing me of their next half day ?Training Session

1. JOHN MUNRO is actually an anagram of The Daily Mail…in code.

2. The boss of Boots is clearly overpaid and arrogant and i DEMAND AN IMMEDIATE APOLOGY FROM THIS CLOWN……HIS COMMENTS ARE EXTREMELY OFFENSIVE…..STEP DOWN

THIS MAGAZINE HAS BECOME INFESTED WITH DAILY B’STARD JOURNALISTS…….SAD, WAN**** WHO GET OFF OVER IMPERSONATING GPs…..WHEN WILL THIS RAG MAN UP AND KICK OUT THESE TWATS………