Children could get Covid vaccine as soon as August, reports suggest 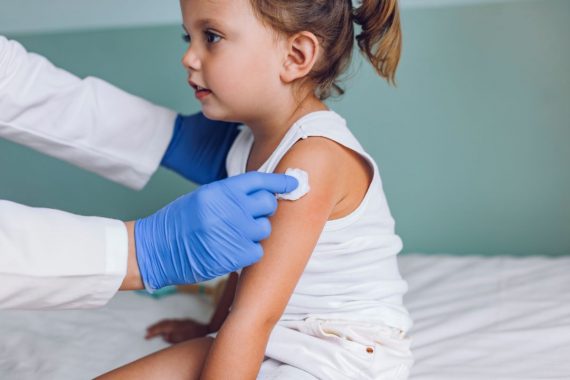 Children could be vaccinated against Covid-19 as soon as August, it has been reported.

It is understood that government ministers are waiting for the results of the child vaccine study being run by the University of Oxford this summer before making a final decision.

A study of 300 children aged 6-17 years old in Thames Valley, London, Southampton, Bristol began in February to assess safety and strength of immune response of the Oxford/AstraZeneca vaccine.

Researchers are comparing the vaccine in 240 children and teenagers with a control meningitis vaccine.

Two sources involved in preparations for potential vaccination in children in the UK said August is the soonest point at which under 18s would be given the jabs – months earlier than expected, the Telegraph reported.

It would theoretically mean a vaccination campaign prior to school returning for the autumn term.

The Department of Health and Social Care said no decisions about whether children should be offered vaccination have been made.

Trials of other Covid-19 vaccines, including Pfizer and Moderna, in younger age groups are also being done around the world.

Dr Anthony Fauci, director of the US National Institute of Allergy and Infectious Diseases, has already indicated that high school students in the US may be vaccinated against Covid-19 by the autumn.

More than half the UK adult population have now received a first dose of a Covid-19 vaccine with more than 30 million doses given overall, figures from the 23 March show.

In a 68-page plan, the potential need for booster doses and the ongoing risk of variants was highlighted.

It has also been suggested that it may be only the most vulnerable patients who need a booster dose.

Ah, good to hear children and August will be treated equally :
But when will August get their Vaccines? Christmas? 2022?
Why is it up to europe?