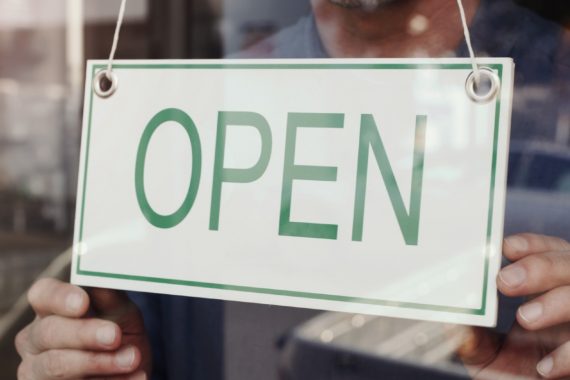 Patients should continue to visit their GP despite the ‘direction of travel’ for Covid-19 infections going ‘in the wrong direction’.

That was the message from chief medical officer Chris Whitty in a televised live briefing of the current pandemic situation in the UK yesterday evening.

During the briefing, Professor Whitty said the situation in hospitals and intensive care units was ‘going in the wrong direction’, with increased numbers treated – particularly in the worst-affected areas of the country.

But he added: ‘Something which my colleagues in the medical profession have asked me to stress really strongly to people this evening… and that is that the NHS is absolutely open for business and it is absolutely there. Not just for emergencies – for cancer care and for all other kinds of care.

Warning the public that there is a ‘long winter’ ahead, people were also reminded to adhere to rules on social distancing and hand washing.

But it comes as the Government’s study into the virus spread across the country, which sees hundreds of thousands of asymptomatic people tested for Covid-19, has showed the virus spread may now be slowing.

The monthly report for September showed 1 in 200 people to be infected, with the virus ‘circulating with significantly higher prevalence’ than in August.

But it suggested the reproduction (R) number had now decreased and was now at 1.1, compared to the previous 1.7.

Professor Paul Elliott, director of the programme at Imperial from the School of Public Health, said: ‘While our latest findings show some early evidence that the growth of new cases may have slowed, suggesting efforts to control the infection are working, the prevalence of infection is the highest that we have recorded to date.

‘This reinforces the need for protective measures to limit the spread of the disease and the public’s adherence to these, which will be vital to minimise further significant illness and loss of life from Covid-19.’

Last month, NHS England landed itself in hot water with GPs after a press release covered across national newspapers suggested GPs were not offering face-to-face appointments where necessary.

This week, NHS England board papers stated that a joint campaign with Public Health England will launch this month ‘to encourage the public to seek help when necessary’.

The paper also said: ‘Work is continuing to recover and restore primary care services to appropriate levels of activity including getting the balance right between phone/online and face to face appointments (which are running at around one third to one half of the total).’

Does someone want to admit at some point that 70% of patient encounters are a complete waste of time and resources. Consulting for reassurance purposes is a pointless, self-perpetuating tragedy. Shall the UK just keep lying to itself and the tailored nannying statistics?

So, England has a CMO who has no idea about infection contro strategies, What’s New?
Wales has one who lies about whether children can catch and transmit Covid!
Scotland has MPs who break the law by travelling on train with a known lethal infectious disease.
And Eire have promissed to let more people into university than there are places for, diminishing the value of higher eductaion qualifictaions, to the point nobody will value anything.
I would never have wished any infection on amyone, but now Trump has caught Corona, maybe the American leadership will develop some morals and integrity – or is the Hair just too strong?

General practice needs a more positive and welcoming face.
A call round of local practices revealed a broad range of telephone messages greeting the caller.
A positive approach ” Hello the surgery is open etc” was not a common experience.
The very negative ” This is the surgery. Do not attend the surgery if you are —- was a far more regular finding.
Whilst fully appreciating the need to protect staff doctors and services what the patients will recall is the negativity expressed in the front of house messaging that and the near impossibility of actually having a face to face consultation
Like it or not primary care is not going to come out of this crisis with any great kudos, the word on the (our) streets is that the GP surgery is shut, you cannot get to see a GP and heaven forbid if you need a visit at home, the nurse will see you there.
It’s a PR disaster.

[…] And the chief medical officer this month urged patients to visit their GP in a live briefing. […]