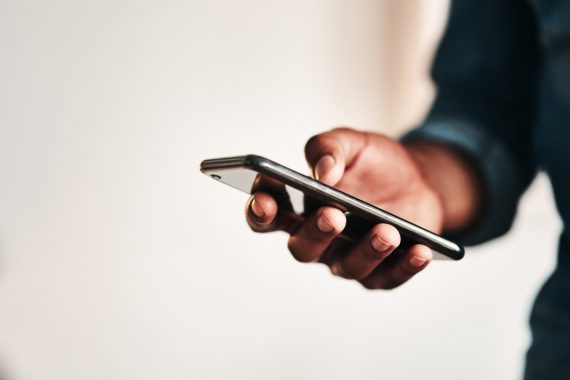 Exclusive GPs calling the national emergency PPE phoneline are seeing their requests accepted in around one in three cases.

A total of 5,402 calls were made by GPs to the UK hotline up until August, with 1,601 of those requests accepted, a freedom of information (FOI) request sent by Pulse to the Department of Health and Social Care has revealed.

The DHSC said ‘additional advice and guidance’ were provided for the remaining 3,801 requests, which were ‘resolved’ by PPE being provided through other routes, such as wholesalers.

But GPs have warned the National Supply Disruption Response hotline is not working well because many GPs are calling in a genuine emergency but are then turned away and forced to chase other providers when they are about to run out of PPE.

Meanwhile, the FOI response also revealed over 14,000 orders had been placed by GPs with the online portal for emergency PPE, up until August.

The DHSC said ‘all orders are accepted apart from those who try to order above the order limits’ and that over 9.1m items of PPE had been sent to GPs so far.

It could not confirm what proportion of orders had been successfully delivered to GPs, but said the Royal Mail, which is overseeing deliveries, had reported over 98% of PPE deliveries to all types of healthcare professionals had arrived.

GPs have cast doubt over how well the emergency PPE ordering system is working, warning that diverting the vast majority of GPs away from the phoneline is causing delays.

Dr Fay Wilson, chief executive of out-of-hours provider Badger, which covers around 1.4m patients in Birmingham and Solihull, said: ‘People who are ringing an emergency line have usually tried other things.’

She said while it was reasonable for some calls to be filtered out if they were not emergencies, many GPs ringing up do so because it’s their final option.

She added: ‘It may be that GPs hadn’t tried other options in some cases. But by the time we rang it we were in a position to say we have attempted all these other routes and we’ve come to you because you are the last resort.’

‘So we may well be one of the orders they did fulfil – but sometimes they would tell us our order had been accepted and nothing arrived.’

He said: ‘The phoneline doesn’t seem to really be working well because if these GPs need something urgently, they’re ringing up and often not getting it.

‘This is the problem we have – chasing for PPE. There are so many sources now, we’ve probably got the equivalent of four sources for getting it – that’s not how it works hospital-side.’

RCGP chair Professor Martin Marshall, added: ‘As we move into the next stages of the pandemic, it remains important that GPs and our teams continue to have access to sufficient stocks of appropriate PPE equipment and clear guidance around its use, particularly as GPs prepare for a potential second wave of the virus.’

‘Additional advice and guidance were provided for 3,801 requests, where cases were resolved with PPE being issued through other channels, for example, local resilience forums and wholesalers.’

A Department of Health and Social Care spokesperson said: ‘Where the request was for urgent stock needed in less than 72 hours the National Supply Distribution Response system fulfilled the request, where we identified a more appropriate route for GPs to access their PPE they were signposted to that source.

‘We have distributed more than 3bn items of PPE across the health and social care system, with over 30bn items ordered for the future.’

The DHSC set out its updated PPE strategy this week, pledging an ‘uninterrupted supply’ of PPE through its online portal until March.

It said GP practices will be able to order an expanded number of items according to their patient numbers – in contrast to the weekly limits currently placed on online orders.

Last week an NHS England bulletin to GPs said the DHSC’s new strategy would include details about how ‘arrangements for providing free PPE to social care will be extended to primary care’, though these have yet to be provided.

Last month, Dr David Wood from North Wales became the 13th GP to have died after contracting Covid-19, although he was infected in hospital while being treated as a patient rather than in his line of work.

A total of 12 other GPs, the majority of whom were from BAME backgrounds, have died after contracting Covid. Pulse has shared tributes to each of them.

We are all just “cannon fodder”…..nothing new to say…….

Reply
Unsuitable or offensive? Report this comment
Turn out The lights 30 September, 2020 11:00 am

We are one our own. Look after you and yours .Lions lead by homeworking donkeys.

‘Additional advice and guidance were provided for 3,801 requests,’
A typical NHSE response.
Translated into English it means “TTFO”

No PPE- no see patients. Sorreee.