Government adopts recommendation for ‘majority’ of children to stop shielding 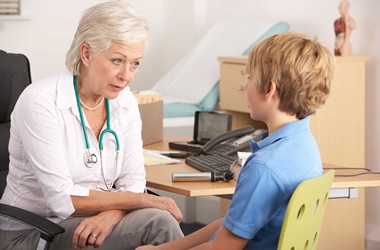 The Government has formally adopted recommendations made by the Royal College of Paediatrics and Child Health, which will see a ‘majority’ of children removed from the Covid-19 shielding list.

The college drew up guidance last month which recommended that children and young people whose condition is being managed in primary care can probably be removed from the Covid-19 shielding patient list.

GPs and specialist will be expected to consult children and young people ‘over the summer’ to decide on their future shielding status.

The news comes as shielding guidance is being significantly relaxed from today and paused from 1 August, while GPs will be asked to use a new risk algorithm to update the shielding list ahead of a potential second Covid-19 spike.

The Department of Health and Social Care said the decision to remove ‘the majority’ of children from the shielding list was based on the advice drawn up by RCPCH, which showed that ‘risk of serious illness for children and young people is low’.

Following the update, there is a small group of children who receive specialist care in hospitals’ who ‘may need to carry on shielding following a consultation with their doctor’, the DHSC said, including ‘those receiving cancer care or those at risk of severe infection due to an immunodeficiency’.

‘Most other children’ who had initially been identified as clinically extremely vulnerable will no longer be considered at highest risk, ‘in particular’ those ‘who are cared for just by their GP’, including with conditions such as asthma, diabetes, epilepsy and kidney disease.

Deputy Chief Medical Officer Dr Jenny Harries said: ‘I do not underestimate the difficulty of children having to stay indoors and to only have limited contact with family and friends for such a long time.

‘As our understanding of this novel virus has developed, evidence shows most children and young people are at low risk of serious illness and will no longer be advised to shield after July.

‘Families who are uncertain about whether shielding is right for their child in the future will want to discuss this with their doctor, who will be best placed to determine the most appropriate care. These discussions will take place over the summer.’

RCPCH registrar Dr Mike Linney said the shift comes as ‘lockdown has been tough on children generally, but especially for those who have been shielding’.

‘It’s been a long haul for thousands of families, and we hope this announcement brings some relief.

‘Fortunately children are less affected by Covid-19. This appears to be the case not just in the UK but world-wide. However, they have suffered from the social effects of lock down, isolation, and school closures.’

He added that ‘many families who have been shielding will have concerns’ but that ‘children under the sole care of a GP are very unlikely to need to continue shielding’ and those who are worried should ‘seek reassurance’.

But the news comes as a reworked shielding list could be significantly expanded – from a current 2.2 million patients in England – as evidence has emerged to show those with hypertension, CVD and diabetes have a high risk of severe illness or death from Covid-19.