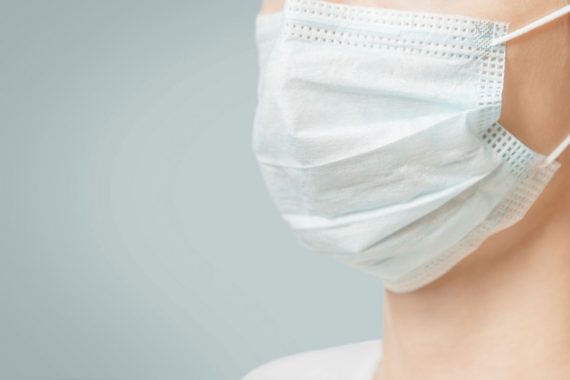 The Government has unveiled ambitions to increase the reuse of personal protective equipment in order to manage stock shortages and reduce the NHS’ environmental footprint.

As part of its new PPE strategy, published today, the Government revealed plans to move away from disposable PPE and towards new types of PPE designed for reuse.

The new plans include exploring the decontamination of single-use FFP3 masks and the piloting of reusable gowns.

In April, Public Health England published temporary guidance on the use of PPE ‘when in short supply’, recommending the reuse of items such as face masks. However, this applied only to ‘urgent and emergency face-to-face contacts’ in a ‘health and social care setting’.

These new plans would move away from disposable ‘as default’ and towards more regular reuse of PPE.

The DHSC is currently conducting decontamination testing on masks using moist heat treatment and hydrogen peroxide vapour, which is already used by other countries for the purpose of decontamination. Initial results for these are expected in the autumn.

NHS England and Improvement are also piloting the use of reusable gowns with 20 providers, with 60 waiting to join.

Each reusable gown reduces the use of up to 75 single use gowns for a ‘modest cost increase’, according to the plans.

The new guidance said: ‘Given shortfalls in global supply and further potential periods of instability in the PPE market around the world, some countries have adopted substitute and reuse strategies to manage short-term stock shortages.

‘DHSC and the NHS are keen to pursue similar reuse and innovation strategies to improve resilience to future scarcities and VfM [value for money], but also because we remain committed to a greener NHS.’

It added: ‘In April, we began UK wide work across government and with regulators such as the Medicines and Health Products Regulation Authority (MHRA), Health and Safety Executive (HSE), and the Office for Product Safety and Standards (OPSS), to rapidly identify and assess the potential of different reuse opportunities.’

The news comes as NHS England announced last week that GPs would be getting all their PPE free of charge going forward.

Today’s PPE strategy pledged that GP practices will be able to secure all their PPE from the Government’s PPE portal through a second Covid-19 spike and until March 2021.

Second hand PPE, about as good as it 5 years 0ut of date!FFS

I think there is a hint in the term “single use”