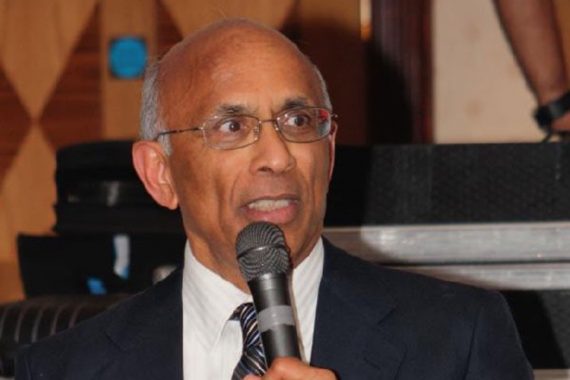 Dr Krishna Korlipara has died after being diagnosed with Covid-19, taking the total number of GP victims in the UK to 14.

The 82-year-old former Pulse columnist died at his home in Bolton on 26 November after suffering a cardiac arrest linked to Covid-19, the Bolton News reports.

Dr Korlipara, who held a particular interest in cardiology, gained a number of achievements within the medical field, including founding the country’s first GP cooperative, Bolton District Medical Services, and receiving a BMA fellowship in 2012.

Colleagues from his community and beyond have been providing tributes in his memory.

Dr Korlipara was described as ‘reforming healthcare’ within the Greater Manchester town, which he moved to in 1968 before working as a general medical registrar at the Royal Bolton Hospital.

He went onto open the first purpose-built medical centre in Bolton, Pike View Medical Centre, as well as founding the National Association of GP Co-operatives; being elected as general secretary of the Overseas Doctors’ Association, now known as the British International Doctors’ Association (BIDA); and serving as the longest-elected member of the GMC, for a total of 24 years.

Two years ago, the RCGP held the exhibition ‘Migrants who shaped the NHS’, which featured Dr Korlipara, who began his medical career in England at London’s Royal Free Hospital.

He also featured in a Pulse series on GPs who shaped general practice in 2018.

He juggled much of his GP work with acting as a cardiologist at the nearby Wythenshawe Hospital, where he was also president and fundraiser for the New Heart New Start appeal, raising vital funds for those in need of transplants.

The family of Dr Korlipara, which includes his wife Uma, three children and five grandchildren, are planning a private funeral followed by a memorial service next year.

Paying tribute, Dr Chandra Kanneganti, chair of BIDA, told Pulse: ‘He was a very sought-after speaker, could speak easy for an hour without any notes.

‘He was very well liked by everyone and popular, not just with overseas qualified doctors. He was a committed doctor and this is a huge loss to the medical community.’

Dr Irfan Malik, a partner in Nottingham, added his condolences: ‘I am very sorry to hear of the sad news regarding Dr Krishna Korlipara.

‘Over the decades, he made impressive contributions to various medical organisations and the local community. He will be missed by many.’

Since March, Pulse has been collating tributes to the 13 other GPs who have died with Covid.

I’m very sorry to hear about the death of Dr Krishna Korlipara. Condolences to his family.

Very sad to hear this. My condolences to his family.
RIP dr kolipura

Great and intelligent man. Came over from Bolton in 94/95 when we were setting up our OOHs Co-op. Was instrumental in persuading our GPs to join together for mutual benefit. Really sad to hear this news – particularly due to Covid given the vaccine has just arrived.

I am saddened to hear of Dr Korlipara’s death
He inspired me to trigger the launch of a GP cooperative in Derby in 1988 launching in March 1989 following his blueprint published in Financial Pulse
Today this has evolved into a much larger not for profit organisation impacting positively on the medical care of well over a million people
His memory lives on. A true professional.
Tony Gould

Very sad to hear of Dr Korlipara’s death. As a co-founder of Thamesdoc in 1993 we took both his and John Grace’s experience and templates to set up our co-op. He was a very modest self effacing man and it was a pleasure to know him. My condolences go to his family.

Great man Dr K with greater achievements.
These Pioneers also shaped the NHS and faced so many challenges and yet facilitated innovations in General Practice year after year..
Our sincere condolences to his family.
🙏🌺🌸🙏