GPs ‘unable to work’ due to Covid testing ‘farce’ 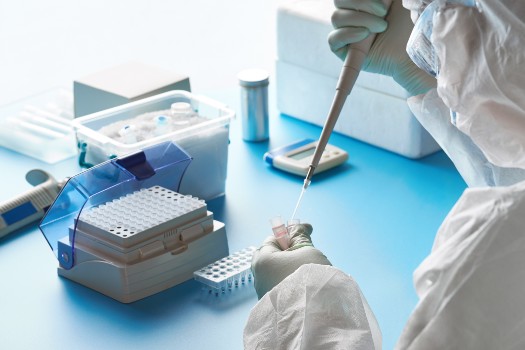 Exclusive GPs are having to isolate from work because they cannot get tests for themselves or their children who display Covid-19 symptoms, Pulse has learned.

GPs reported several examples of doctors or GP staff members who are having to isolate while struggling to rule out coronavirus.

GPs warned that doctors being kept off work in isolation unnecessarily could potentially lead to a lack of face-to-face appointments for patients, and spell ‘disaster’ as winter looms.

It comes as Pulse reported yesterday that GPs were being inundated with requests from patients who had been unable to secure a test via the Government’s booking website, or were being redirected to other parts of the country for testing.

Although NHS Test and Trace apologised for lab problems, the Government blamed the problems on the public, with health secretary Matt Hancock suggesting a quarter of people requesting tests did not actually have Covid symptoms.

And Prime Minister Boris Johnson used a press conference to urge people to leave the tests to those who are symptomatic.

Dr Stephanie deGiorgio, a GP in Kent, posted on Twitter calling the situation a ‘farce’, saying she had heard ‘so many stories’ of colleagues who ‘can’t work’ because they are ‘trying to get tests because kids have a fever or cough’.

Same here. Already affecting 2 members of staff off work waiting or trying to get a test😡— Darren Jackson (@Doctor_DPJ) September 10, 2020

Meanwhile, a PCN clinical director told Pulse one of their GPs has been off for over a week because of the current lack of access to testing.

Dr Dan Henderson, who is a GP in Salisbury, said: ‘We have had a GP off work for eight days due to delay in getting her daughter’s Covid results. Other GPs [are] being directed to testing centres hundreds of miles away.’

Dr Henderson suggested there should be a separate service for NHS staff.

He told Pulse: [We have] no separate swab service for GPs to try to keep us in work over the winter. [This] could lead to a disaster and a major lack of face-to-face GP appointments.

‘[I] have raised this with local hospital and CCG but nothing so far and winter is coming.’

Dr Henderson also suggested that rather than ineligible people causing a run on tests, patients were not coming forward for testing when they need it.

He said: ‘The message [regarding] when to get tested seems to have been lost with patients. [The] Government’s messaging is confusing and people assume they need all three core symptoms to be tested. I spend half my day telling people to get swabs – which they ultimately can’t as none are available.’

Dr Krishna Kasaraneni, workforce lead for the BMA GP Committee’s executive team, said: ‘The current testing system is clearly under significant strain and is not delivering where the need is most urgent. Given the critical importance of doctors to their communities, it’s unacceptable that any GP who needs a test should be unable to access one.

‘It’s also imperative that results are processed quickly so that timely steps can be taken to protect patients and staff, and so that no doctor has to stop working for longer than necessary.’

He added: ‘Rather than promising blanket quick fixes, the Government must get a grip on the practical details now and make sure additional resources are delivered where they are most needed in the community.

‘We need substantial and immediate investment in lab capacity – and action must be taken to support and reinforce the overworked public health staff who must deliver this.’

The news comes as the social distancing regulations for England were strengthened yesterday in response to a sharp upward trajectory in positive cases.

The Prime Minister announced the new ‘rule of six’, but tried at the same time to give some hope for a return to normality by announcing plans for a major asymptomatic testing system whereby Covid-negative people could be allowed greater freedom.

At the time, BMA council chair Dr Chaand Nagpaul pointed out that it was ‘unclear how this will operate based on the huge problems we’ve seen with lab capacity’.

Mr Johnson said the plans are reliant on new, faster Covid testing methods and Pulse reported today that a Southampton pilot involving large numbers of GPs, their staff and family members, has proved that a saliva test that delivers a result within hours is ‘reliable’ and ‘scalable’.