NAO: NHS Test and Trace ‘must improve its performance’ 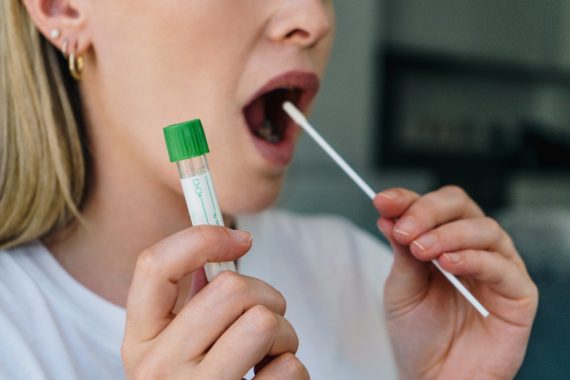 NHS Test and Trace ‘must improve its performance’, the NAO said in an interim report of how well the service has worked so far.

Despite rapid scaling up of testing between May and October this year, the NAO found that two few test results are being turned around in 24 hours, the full capacity of the service is not being used and many contacts of those testing positive are still not being reached.

This is despite a budget of £22bn for the service for 2020/21 which includes £7bn for the Government’s Operation Moonshot mass testing programme.

The NAO said to date contracts worth £7bn have been signed with 217 public and private organisations for NHS Test and Trace with plans to sign a further 154 contracts, worth £16.2 billion, by March 2021.

Despite reaching the goal of having the capacity for 500,000 tests per day by the end of October, only 68% of that was used, the NAO said.

The number of tests being turned around in 24 hours peaked in June at 93% but then deteriorated to a low of 14% in mid-October and was still only 38% by early November, said the report which also found the service did not plan for the sharp rise demand in September when schools and universities reopened.

There was ‘no shortage’ of central contact tracers and at times the service has barely been used, said the NAO, despite only two thirds of people known to be in close contact with someone who has tested positive.

Local authorities have become more involved in contact tracing over time after questions were raised about why their expertise was not used from the start, the report said.

It comes as the Government announced its strategy to increase the speed and reach of testing and tracing including making better use of data to identify clusters, rolling out rapid lateral flow testing, and increased partnerships with local authorities with a greater role for Directors of Public Health.

The NAO said there were important lessons to be learned from the early stages of the roll out.

Gareth Davies, the head of the NAO, said: ‘The government has rapidly increased testing and tracing activity, building significant new infrastructure and capacity from scratch.

‘However, it has struggled to test and trace as many people as it has capacity to, or to reach the contacts of people testing positive quickly enough.’

He added that Test and Trace was core to the UK’s pandemic response.

‘It must improve its performance with a focus on effective engagement with the public and integration with local efforts to improve tracing.

‘We will explore these issues further when we assess the value for money of Test and Trace in spring 2021.’

Meg Hillier MP and Chair of the Committee of Public Accounts said the Government had torn up the usual accountability arrangements in setting up the centralised system and leaft local public health teams out in the cold.

‘Testing capacity has risen and it’s easier to get a test locally but Test and Trace’s performance still isn’t good enough.

‘The government needs to urgently work out what’s going wrong at every step of the process.

‘Throwing more money at the problem clearly isn’t the answer.’

Dr Jennifer Dixon, chief executive of the Health Foundation, said: ‘The NAO has today voiced reservations about whether the large amount of Government money being invested in NHS Test and Trace system – expected to be £22bn for 2020/21 – is being spent well.

‘This is particularly concerning at a time when other parts of the health and care system – including public health and social care – are chronically underfunded.’

She added that while the performance of the NHS Test and Trace had improved in recent weeks, it is still reaching far fewer than the 80% of contacts recommended by SAGE.

‘The Government needs to ensure that local authorities are sufficiently resourced if
they are to play a larger role in rolling out mass testing and local contact tracing.’

‘With up to a third of people with coronavirus not showing any symptoms, it is incredibly important to test those who could be infecting others unknowingly, so we are rolling out community testing to bring down local transmission rates.’

GP teams still can’t have 10 spare swabs for their teams, to send off with the weekly courier in emergency. Distasteful.