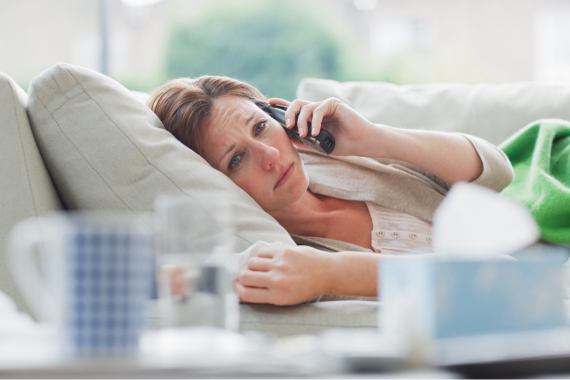 The official NHS website has today (4 April) been updated with additional Covid symptoms, including a runny nose, sore throat and diarrhoea.

But the timing of the much-awaited change has been met with cynicism among the medical profession, coming immediately after the Government ended the free provision of LFT and PCR tests.

The NHS website now says symptoms now ‘can include’:

And it adds: ‘The symptoms are very similar to symptoms of other illnesses, such as colds and flu.’

Previously, it had just emphasised three symptoms – a high temperature or chills; a new, continuous cough; and differences to your sense of smell or taste.

Since Friday (1 April), everyone bar patient-facing healthcare staff and over-75s and the most vulnerable patients has had to pay for Covid testing in England.

This is despite recorded daily cases of the virus being among the highest the UK has seen – causing significant GP staff sickness and related absences.

One public health professor, Dr Nisreen Alwan, was among those questioning the timing of the change.

Replies to Dr Alwan, a prominent campaigner for the Long Covid cause, were often in agreement with her.

GPs had urged the Government over a year ago to include more symptoms in the official case definition of Covid – including of a runny nose and a cold.

And last summer, Pulse revealed the Government’s lack of plans to update its official list of the symptoms – despite research showing the then-dominant variant, Delta, presented differently to what was being listed.

The Government announced last week it would stop funding the long-running symptoms study.