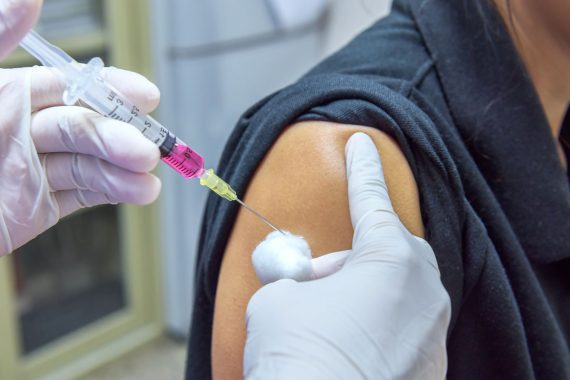 The chief executive of NHS England has said there will be ‘logistical challenges’ for GPs, including around cold chain, after confirming that some vaccines will need to be kept at minus 70 degrees.

Speaking at a press conference, Sir Simon Stevens confirmed more of the details in the world exclusive that Pulse broke yesterday, which states that a DES on GPs’ Covid vaccination programme is due as soon as next week.

It also comes as vaccine trial lead Professor Andrew Pollard has shared that there is a ‘small chance’ that his Oxford University vaccine will be ready before Christmas.

The plan is for GPs to deliver the vaccines alongside other primary care teams, such as community pharmacists, within primary care networks.

However, Sir Stevens has both stressed the ‘logistical challenges’ that lie ahead, and that NHS England’s main assumption remains that the plans will materialise early next year, rather than between now and Christmas.

Delivering a press conference this morning (4 November), he said: ‘There’s going to be a combination of what GPs are able to do, as well as community pharmacists. But there is also mass vaccination centres, which we will be using some of our Nightingale Hospitals for, but other locations as well. And then we’re going to need roving teams who will prioritise care homes and social care staff and other vulnerable groups.’

He said the ‘bulk of this is likely to be the other side of Christmas’. But added: ‘We are obviously planning on the off chance that at least some vaccine is available before Christmas, but that’s not the central assumption that we’re operating on.’

Responding to a question from ITV News, he explained: ‘Different vaccines will have different ways of working, and actually will pose different types of logistical challenge.

‘Some of the vaccines require what’s called a cold chain, where they have to be kept at minus 70 degrees Celsius or below, all the way through to actually getting into the arm of the patient.’

In an earlier media appearance this morning, he also shared that NHS England has ‘reached agreement’ with GPs’ and will be ‘writing to GP practices this week’ with further details, in a bid to get them ‘geared up to start before Christmas’.

Those aged 85+ and frontline workers are also anticipated to be first in line to receive the vaccine.

But GPs have already expressed concerns, such as how practices are supposed to facilitate such extreme freezing conditions.

Small ultra low temperature freezer only about £10000+,no problems there then eh !If you can get the with fast approaching Brexit. One detect more Moonsh@t from NHSE.

They have solution for us all.

We will soon get a new letter, stating Christmas Day, Boxing Day & New Year’s Day will now be part of the GP Contract, and that we can administer the new vaccines, in this new time that they have kindly allocated for us…

Whilst the stipulation will come from the Centre, the invoicing for this new vaccines and the extra time on Christmas Day will be at the Mercy of local Cash Strapped CCGs, who may get round to paying in 2022…

I think your concerns are well founded.

The master stroke would be NHS England suddenly decided that night was day (come on, it’s not that much of a stretch) and that we had to run routine clinics during this time as well too.

Probably just give it to another private company to do. And for them to balls it up.

We are witnessing in all its glory the constant gap between the Alice in Wonderland wish list and the reality of having to deliver a service. We have all been aware of it for years – but I don’t recall it ever having been exposed like this before. I love that “agreement” has been reached with us – and that we are GOING to be written to to tell us what this agreement is!

You realise you need to thaw the vaccine in a set time too.