One in seven children with Covid still have symptoms months later 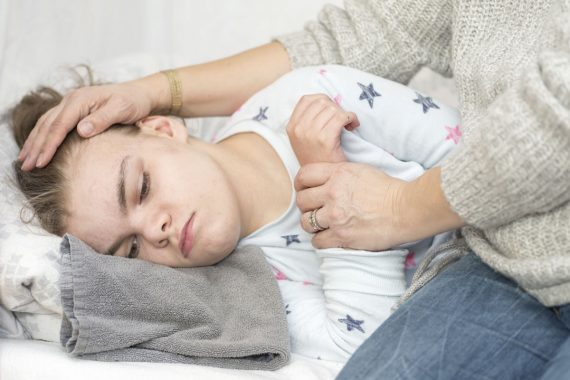 Up to one in seven children with Covid-19 could still have symptoms three months later, a study has found, although this rate is lower than previously feared.

The research, led by University College London and Public Health England scientists, looked at survey responses from nearly 7,000 11- to 17-year-olds who underwent PCR tests between January and March, reports Pulse’s sister publication Nursing in Practice. Of these, 3,065 tested positive and 3,739 tested negative.

The high numbers of young people who tested negative reporting symptoms at 15 weeks may be explained by tiredness being common in this age group, the researchers said. The survey period coincided with the return of school after lockdown and a likely increase in non-Covid infections.

Sir Terence Stephenson, Nuffield professor of child health at the UCL Great Ormond Street Institute of Child Health, said: ‘There is consistent evidence that some teenagers will have persisting symptoms after testing positive.

‘Our study supports this evidence, with headaches and unusual tiredness the most common complaints. The difference between the positive and negative groups is greater if we look at multiple symptoms.’

Sir Terence also said he feels ‘reassured’ by the data, which shows it is ‘nowhere near what people thought in the worst-case scenario’. He added: ‘I think overall it’s better than people would have guessed back in December.’

Researchers also found that a high proportion reported being a bit or very worried, sad or unhappy, among both those of those who tested positive (31%) and tested negative (39%). The impact of Covid-19 on children’s mental health was covered in-depth by Nursing in Practice earlier this year.

The Children and young people with Long Covid (CLoCk) research has not yet been peer reviewed. It will carry on, with analysis of results at six months, a year and two years from the time of the person’s PCR test.

The Joint Committee on Vaccination and Immunisation (JCVI) has yet to give a decision on extending the Covid jabs rollout to all 12 to 15-year-olds, although practices have been asked to identify vulnerable individuals in this age group to receive the jab.