RCGP questions why BAME people are not prioritised for Covid vaccine 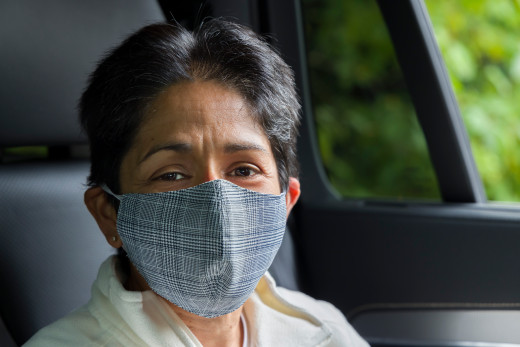 The RCGP has written to the health secretary asking why black, Asian, and minority ethnic people are not being prioritised for the Covid-19 vaccine.

The priority list for vaccinations, produced by the Joint Committee on Vaccinations Immunisations (JCVI), states that care home residents and carers and those aged 80+ should be first in line, followed by frontline health and social care workers, and the clinically extremely vulnerable.

RCGP chair Professor Martin Marshall has written to Matt Hancock on asking for a ‘more detailed rationale’ as to why it does not include the BAME community, despite there being a higher death rate from the virus among that group.

Professor Marshall wrote to Mr Hancock: ‘Throughout the pandemic the RCGP has raised significant concerns about the extent to which GPs, their practice staff, and patients from black, Asian and minority ethnic communities are disproportionately affected by Covid-19.

‘As you are aware, data shows that death rates from Covid-19 are among the highest in patients from black, Asian and minority ethnic communities yet we note that they are not included on the initial JCVI prioritisation list ahead of roll-out of the vaccines.’

He added that he ‘appreciated’ that it is important to keep the prioritisation criteria ‘as simple as possible’, and that the lack of ethnicity may be down to ‘legitimate reasons’, such as data availability.

Professor Marshall went onto highlight the importance of patients, as well as GPs, being aware of the ‘rationale’ that underpinned the exclusion.

He cited recent findings from the Office of National Statistics that suggest that the prevalence of pre-existing conditions within the BAME communities is not sufficient to explain the disparity in mortality rates from the virus.

Instead, this study emphasised the importance of demographic and socioeconomic factors, like where people live and how much they are exposed to the disease in their workplace.

Its letter, also addressed to JCVI representatives and deputy chief medical officer Professor Jonathan Van-Tam, adds: ‘We would additionally like to know whether using a risk score that accounts for ethnicity, geographical socio-economic indicators, and other related factors has been considered.’

Ultimately, the RCGP would also like to ‘communicate’ the outcome ‘clearly’ to its members.

It comes as the JCVI has also said that GPs will be prioritised for the vaccination based on their personal risk level, exposure and amount of contact with vulnerable people.

Unless the case is barn door, this is dangerous territory. Imagine the outcry if non-BAME were deemed to need priority immunisation

More aimless banter from RCGP. Focus on the beaurocracy consultation and working group. Or is that not important now?