RCGP embarks on fresh round of redundancies due to Covid-19 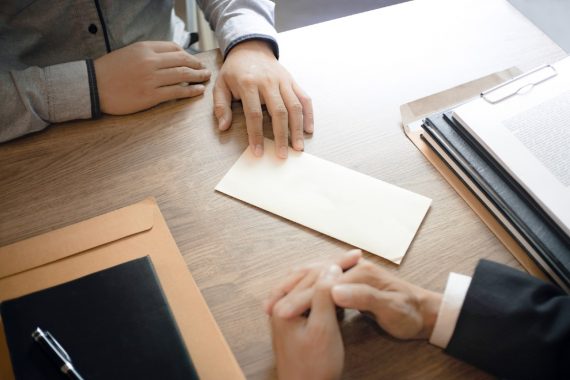 The RCGP is set to make around 30 staff redundant, citing the impact of Covid-19, it has announced.

This follows its decision to make 13 members of staff redundant earlier this year due to increasing annual costs.

It said its latest redundancy exercise, which puts 61 roles at risk, is due to loss of income related to the pandemic, largely because of the cancellation of its face-to-face events.

GP leaders have criticised the move, saying it is ‘disappointing’ the RCGP’s decision will see staff lose their jobs during the pandemic, when it will be even harder to find new employment.

The RCGP said the 61 roles at risk include both vacant and occupied posts, with the majority (49) in administrative roles, with management, assistant director and head of department positions also affected.

It said it is likely that 31 employees will lose their jobs.

The college’s consultation document, launched in July, states the RCGP could potentially lose £6.4m during the current financial year as a result of the pandemic.

It said: ‘This is a result of the cancellation of the college’s own events, which rely on face-to-face sessions, as well as the cessation of commercial activity hosted at [our London headquarters] for third parties.’

It said the RCGP has ‘significant, fixed commitments over the medium term both for loan repayments and to close the pension scheme deficit’.

Staffing represents a ‘significant proportion’ of the college’s costs, said the RCGP.

‘The impact of Covid means the budget will no longer be cash neutral and more fundamental changes to business activity and how it is delivered are needed,’ added the document.

When the first redundancy consultation concluded in May, the RCGP said it realised a further consultation would likely be required.

This latest consultation took place between late July and early this month, with a decision yet to be made on exact job losses.

Dr Valerie Vaughan-Dick, chief operating officer of the RCGP, told Pulse: ‘The college’s consultation with staff in March was to ensure that the organisation was appropriately set up and had the appropriate skillset to deliver our new corporate strategy that was agreed by the RCGP council in February 2020, and to meet the changing needs and expectations of our GP members.

‘Following this consultation, 13 colleagues were made redundant.’

‘In July, we announced our decision to put 61 roles at risk of redundancy, but we have always been clear that actual job losses will be significantly fewer as some staff carry out the same or very similar roles and these roles are therefore part of a redundancy “pool”.’

She said ‘every attempt’ was being made to minimise the number of redundancies.

But union Doctors in Unite criticised the RCGP for choosing to cut jobs to save money, and called on the organisation to formally recognise the union so at-risk staff can be represented.

GP Dr Jackie Applebee, chair of Doctors in Unite, told Pulse: ‘It is very disappointing that my college, the RCGP, has chosen to save costs by making staff redundant.

‘Losing one’s livelihood at any time is extremely stressful, but far worse during the Covid-19 pandemic as unprecedented numbers of people begin to find themselves out of work, squeezing the job market.’

She added: ‘The fact that the college is refusing to recognise the Unite union so that at-risk staff are left unrepresented will only add to their anxiety.’

Dr Vaughan-Dick said the college had not declined any proposal for unionising the college.

‘We are receptive to the suggestion of unionisation but this is an important decision which cannot be rushed into and which must take into account the views of the whole workforce,’ she added.

Sad news for a caring organisation that charges large annual charges to members , and charges considerably for exams

EVERY CLOUD HAS A SILVER LINING

Loan repayments on their London Centric offices. There may be oyher solutions.

Reply
Unsuitable or offensive? Report this comment
Turn out The lights 29 September, 2020 6:04 pm

Crying ,not cause I am sad, just cause they are not using my money to pay the redundancy payments(phew).Time to move out to the provinces lots of cheap real estate going in all town in the rest of the UK.Sell the white elephant and downsize .

The RCGP admits to over £50m in strategic reserves; which suggests other motives than financial necessity for mass redundancies. Anyone have any inside knowledge?
Those made redundant will struggle to find employment any time soon, joining the millions of others currently losing their jobs, which rather makes a nonsense of the RCGP’s alleged committment to compassion as a core value.

The NHS 5-year plan is forcing CCGs to merge into larger organisations, forcing those organisations to effectively merge with hospital trusts, and dispensing with commissioning services that are led by primary care physicians. What is the RCGP opinion on this? I can find nothing on their website. How exactly do they see their role? They don’t seem to have much interest in trying to save the profession.

Put the crayons and colouring in books on eBay.

Very disappointing. It is a pity they are sacking more staff and I am not sure they won’t do it again. It should be something GPs should write to their college about. I am not a member.

As a colleague wrote

“They should do the decent thing , admit that their whole contribution to healthcare is negative and reflect that they are to UK general practice what myxomatosis was to rabbits.
Give the gongs back and move out of the dodgily connected premises on Euston road”.