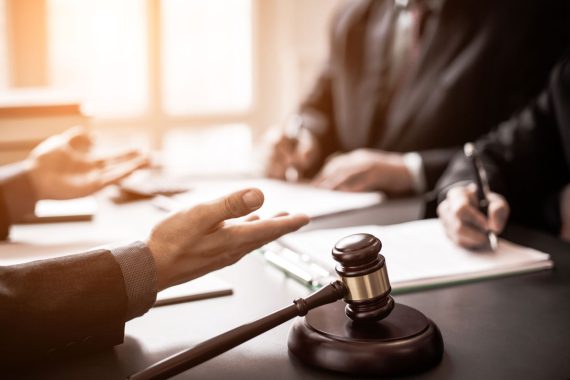 The takeover of London GP practices by private US healthcare company Centene Corporation will undergo judicial review next week on 1 and 2 February, Unite the Union have said.

The judicial review got the go ahead in October, after campaign groups also including Keep Our NHS Public, 999 Call for the NHS and We Own It said the review was necessary due to the lack of consultation with patients over the takeover.

Through its UK company Operose Health, Centene took over privately-owned AT Medics, set up in 2004 by six NHS GPs and overseeing 37 London GP practices, early this year.

Protests have been ongoing since the initial takeover and it was a patient who applied for the judicial review back in May 2021.

The judicial review got the green light in October 2021 and the public donated £43,424 as part of the first fundraising campaign.

An additional £34,283 has now been raised to cover costs if the case is lost.

The High Court will look at whether North Central London CCG broke the law by not doing its due diligence into Operose Health, as well as not consulting with patients and stakeholders.

Doctors in Unite chair and Tower Hamlets GP Dr Jackie Applebee said: ‘Ministers and senior NHS executives have repeatedly mouthed the mantra that the NHS is not being privatised, but that is patently not true as the awarding of lucrative contracts to non-UK private healthcare firms continues apace.

‘The public is rightly concerned, given how PPE contracts were awarded to “friends” of the Government throughout the pandemic.

‘How commissioning decisions are made will be under scrutiny at the judicial review and we hope to get a favourable judgement that stops GP surgery privatisation in its tracks.’

She added: ‘A key question will be why a huge swathe of English general practice, including the data of nearly half a million patients, was  handed over to US health insurance giant Centene – with a breath-taking lack of transparency and openness.’

Doctors in Unite is also taking part in a protest outside the High Court at the Royal Courts of Justice in London at 9.00 on 1 and 2 February.

Unite general secretary Sharon Graham said the review is ‘a landmark case in the fight against the accelerating pace of privatisation of the NHS in England’.

‘GP services can’t be allowed to be hived off to profit-hungry American private healthcare companies,’ she added.

An Operose Health spokesperson told Pulse: ‘It is not appropriate for us to comment as the judicial review is between an individual and the North Central London Clinical Commissioning Group over issues of process.’

Rule America. Everyone’s in it to win it, including the “institutes” and Professors. A silent club of inside procurements and re-organisation, under the name of covid, patient choice and “access”…creating policy to benefit their cause and bank accounts, not uttered to anyone on the sodden grass.