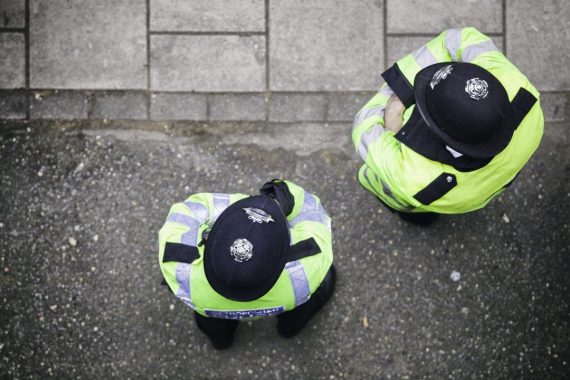 The GMC and GPs have voiced serious concern over the Government’s new crime Bill, which they warn will give police powers to force GPs to disclose more patient information without necessary safeguards.

A letter, sent last month and signed by 665 GPs, nurses and social workers, warned that the Ministry of Justice’s new Police, Crime, Sentencing and Courts Bill authorises disclosure of personal data ‘seemingly without the usual safeguards afforded to personal data’. It urged home secretary Priti Patel to ‘reconsider’ the proposals.

Meanwhile, the GMC has said the Bill ‘risks undermining’ the doctor-patient relationship and has asked the Government to ‘clarify or remove all blanket health information disclosure provisions from the Bill.’

Currently, GPs are required to disclose information in the public interest in order to prevent serious crime.

However, the Bill, which was debated in the House of Lords in September, says that people ‘must comply’ when the police request disclosures of information from authorities.

It says: ‘A local policing body may, for the purposes of enabling or assisting it to exercise its functions… request any person listed in subsection (2) to supply it with such information as may be specified in the request’.

Those listed in subsection (2) include ‘a specified authority for that area’, which could be health and social care bodies such as CCGs or local health boards.

It adds that ‘a person who is requested to supply information under [this requirement] must comply with the request’.

However, disclosure of information which ‘would contravene the data protection legislation’ is not required, it says.

The Bill also gives the home secretary ‘power to authorise collaboration’, allowing them to ‘confer powers on a specified authority to collaborate with a prescribed person to prevent and reduce serious violence in a prescribed area’.

Professor Colin Melville, medical director and director of education and standards at the GMC, said: ‘We are concerned the Bill doesn’t protect patients’ sensitive health information and risks undermining the trust at the heart of doctor-patient relationships.

‘Our existing standards are clear that doctors should share confidential information with the police when it is in the public interest to do so. However, in line with their legal duty of confidentiality, this involves careful judgement about what to share to satisfy the intended purpose, striking a balance between individual and community rights.

‘We have called on legislators to clarify or remove all blanket health information disclosure provisions from the Bill.’

Doctors’ Association UK vice-chair Dr Dolin Bhagawati said: ‘NHS staff work in healthcare to help remove fear from people’s lives in times of health crisis, to help them at their lowest ebb. Imposing a duty to report on our patient’s runs counter to this and risks the public not seeing a health professional for fear of non-health consequences.

‘This Bill risks irreparable harm. Allow doctors to be doctors and keep the police as the police. Trying to mix the two will be disastrous.’

Dr Nicola Byrne, the national data guardian for health and adult social care in England, also raised concerns the Bill could lead to patients being dishonest with doctors.

Dr Mike Smith, a GP partner from Hertfordshire, said: ‘Ultimately, I can refuse to hand over someone’s notes to the Government or police if I don’t think it’s in the best interests.’

‘The difference with this is that theoretically, [the Government and police] have the ability to dip into the records. The [secretary of state] effectively governs everybody’s medical records.’

A Home Office spokesperson told Pulse: ‘The [serious violence] duty will hold specified authorities and bodies to account, not individuals. There will be no mandatory requirement for individual professionals to report information they hold under this duty.’

Last month, the NHS said it is planning to review the length of time it holds the GP records of de-registered patients.

And in July, the Government was forced to delay the General Practice Data for Planning and Research (GPDPR) scheme again after a backlash over patient data safety.

The scheme was due to commence on 1 September after being pushed back amid campaigners’ warnings it would make sensitive patient data available to private firms.