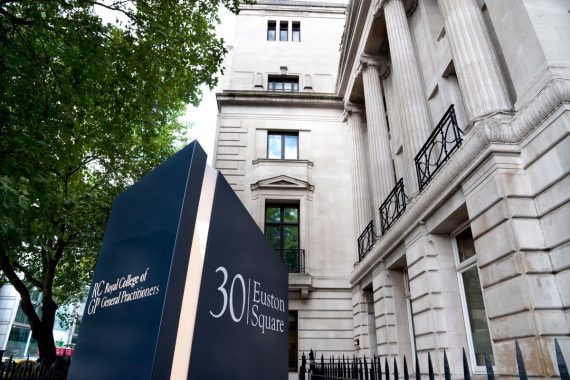 This will be the first time in the college’s 70 year history that a candidate has stood unopposed for the role of president.

As a result, the RCGP Governance Committee has advised that a confirmation ballot nevertheless be held in order to ‘demonstrate transparency’ in the process and ‘promote a mandate’.

Professor Gerada previously served as chair of the RCGP from 2010 to 2013, and has also sat on the BMA and GPC councils.

The London-based GP is highly regarded for her focus on GPs’ mental health, and is the chair for Doctors in Distress and medical director for NHS Practitioner Health.

She was awarded a damehood in last year’s Queen’s Birthday Honours ‘for services to general practice’.

The RCGP, unlike other medical royal colleges, has both a president and a chair of council.

The president acts as the ceremonial and constitutional head of the college internally and as an ambassador for outside activities, but has no sole executive powers, and is not usually involved in strategy and policy issues.

My dear professor—-when do you find the time?—–what with your surgery ‘an all

I think Clare has done more to try and help GP than anyone else in the Colllege.

i resigned as an “associate” of the RCGP after they made jamie oliver – a chef for god’s sake – an honorary fellow.

i can’t put MRCGP aafter my name unless i take an exam, which i haven’t got time to do because……………i am too busy running my single handed, rural, dispensing, general practice, while running off one lung. yet they elect a chef as a fellow !!!

David. The College is trying to get the grandfather clause in for this who haven’t done the exam but have worked so well for our profession. Also. You can get MRCGP now without taking the exam if it wasn’t compulsory when you started working. You have to apply and it’s taken on merit. If you want email me off line.
just to be clear. I’m 61. I still do GP (doing full remote clinic this Sunday and Monday).

Terry. Are you a real Doctor ?
I don’t think you are.

I think the problem is that both the college and it’s exam are struggling to make themselves relevant to GPs currently practising .

Clare ——-two days a week?—–steady on now old girl—-surely you have more ”gongs to collect

I will abstain following your previous very disappointing article defending the (now proven racially discriminant) GMC over their management of doctors with mental health problems. I know some doctors who would strongly beg to differ.

That sums it up. But it’s been a good laugh and good wine, on international RCGP trips and quality hotels at your expense. This doesn’t need more casual Professors. It needs people with purpose, grind, clarity and belief reality, not hypothesis and dictat. Perhaps it will be a right appointment…who knows.

Sorry you didn’t like my piece, John.
It was a very personal article about my father – an IMG
It was hard to write and was not about the GMC – I’ve written about them in the past and If you check I have also called for them to change.

Re Amanda – I am not sure she has been on single overseas tour , had a single glass of wine or meal on the College. There has been a pandemic.

Quite why anyone who doesn’t have to be is a member is a mystery.

The college has an absolute unassailable stranglehold on training. Dictating the curriculum, the training methods, the agenda, and of course setting the entry examination.

So what if the professor experiences an unprecedented, Damascan conversion. What if she saw the light and realised, it is the college that is the problem.All powerful, it is the cancer at the heart of British medicine.

Am I the only one to see a conflict of interest here.

I left the RCGP 2 years ago after being a member for 20 years (probably over £10k of membership fees) because I felt they are presiding over the death of the GP professional role.
I work in a practice of 15 GPs and nobody feels able to work full time which is absolutely ridiculous.
I have no friends in any other job where this is the case.
There is no genuine job offer for a young GP who wants a long career working full time. It has become about survival and reduced sessions due to work intensity.
Most Consultants have a 10+ PA contract.
Continuity of care has collapsed due to PT work which has exacerbated efficiency issues.
All the ARRS staff working for us are full time because they have proper workload control.
Many of my friends in their 50s are going soon.
I’m not sure what the RCGP stands for, because it has done nothing to improve the lot of front line GPs.
It needs to look at the models of the GP role that are best for the GPs long term and advocate that this is implemented.
This may lead to the collapse of GP access and therefore force a hard look at the role of primary care but this is happening anyway.
I hope CG can steer the college away from an ivory tower organisation to that of something that every front line GP can see is relevant to them and worth supporting.

RCGP has long been part of the problem.