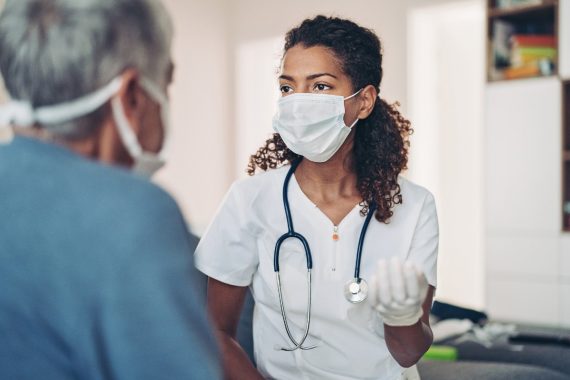 Exclusive The BMA’s GP Committee is to debate stopping meetings with NHS England amid the fallout around face-to-face appointments in practices, Pulse has learned.

The emergency motion will be debated at a GPC England meeting scheduled for today.

The BMA this week called for an ‘urgent meeting’ with the health secretary to seek clarity regarding face-to-face GP appointment advice.

And grassroots GPs are calling for the resignation of NHS England’s medical director for primary care amid the furore created by its letter – with a petition to that effect racking up almost a thousand signatures so far.

A motion to be debated at the GPC meeting, seen by Pulse, said the GPC has ‘no confidence’ in NHS England’s executive directors.

No further meetings should take place until a GPC vote confirms that ‘sufficient steps have been taken to restore the committee’s confidence’ in NHS England’s leaders, it added.

The motion said: ‘[The GPC] has no confidence in the executive directors of NHS England.

‘[It] calls for GPC England’s executive to immediately cease all formal meetings with NHS England until a motion is brought back to GPC England by the executive, requesting a vote on their recommendation that sufficient steps have been taken to restore the committee’s confidence in the executive directors of NHS England, to justify the resumption of such meetings.’

GPC England is ‘outraged’ by NHS England’s ‘lack of understanding of the pressures facing general practice’, it added.

The motion, seconded by GPC contract and regulations policy lead and Surrey and Sussex LMCs chief executive Dr Julius Parker, also called for ‘formal BMA action by escalating concerns about NHS England’s apparent lack of knowledge of the applicable contracts and regulations relating to the delivery of general practice services’.

It follows advice from both LMCs and the BMA that the letter has ‘no contractual force’ and should be regarded as guidance only by practices.

The Government must provide both ‘senior explanation and public action’ around NHS England’s ‘unacceptable decision’ to publish its letter, the motion added.

It also urges the chair of the BMA’s UK council to support the GPC’s demands for  an ‘urgent meeting’ with health secretary Matt Hancock to ‘discuss the spiralling crisis in general practice’.

A BMA spokesperson declined to comment on the upcoming GPC meeting agenda.

They told Pulse: ‘Agendas for BMA committee meetings are for good reason confidential and therefore we cannot comment about what may or may not be discussed ahead of meetings taking place.’

Meanwhile, the RCGP has issued an updated response to NHS England’s letter requiring practices to offer face-to-face appointments to all who want them, amid criticism from GPs.

Another strongly worded letter from the BMA will have them quaking in their boots….

Reply
Unsuitable or offensive? Report this comment
James Cuthbertson 20 May, 2021 10:11 am

I think it needs more than that. Maybe reduce by 25% the size of the hamper you send them at Xmas….

Reply
Unsuitable or offensive? Report this comment
MULAYIL KRISHNAN Gopinath 20 May, 2021 11:45 am

F2F consultations are the corner stone of general practice and should be fully restarted now. All this virtual medicine nonsense should stop immediately !!

Interesting development
The only thing I would say , as always , ‘ one day of politics is too long ‘

On a lighter note——Did you hear that irritating television GP, (known as the Pandemic Pinup), the other day trying to explain why a grossly obese girl was diagnosed with Anorexia——-apparently it comes under the heading of Atypical Eating Disorders—-I’ll say

Dentists just bought their new Maseratis. Blocked NHS care, sent you oral complaints and pushed the public private. *All with a closed door, worst oral health in Europe and bathing public respect. Never read Kanani blast them. And you had to vaccinate them. Hilarious.