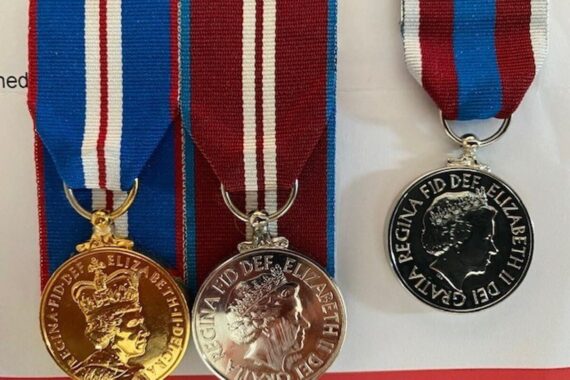 A number of GPs have been honoured in the Queen’s Platinum Jubilee Honours, including RCGP chief operating officer Dr Valerie Vaughan-Dick.

Dr Vaughan-Dick was awarded a crown honours for ‘services to general practice and to ethnic minority communities’.

Alongside Dr Vaughan-Dick was Dr Sarah Purdy, GP at Sea Mills Surgery in Bristol for her services to general practice.

It is the third time Dr Holden has been recognised for this work in 30 years, having previously been awarded golden jubilee and diamond jubilee medals.

At least 25 years continuous unblemished service is needed to receive all three medals.

As well as being a GP, Dr Holden is a consultant in prehospital emergency medicine and a member of NHS England’s emergency preparedness, resilience and response clinical reference group, amongst many other roles.

In 2017, former GPC negotiator Dr Holden was appointed head of the BMA’s professional fees committee where he continues to lobby on firearms issues.