Practices facing abuse: ‘I am almost at the point of quitting’ 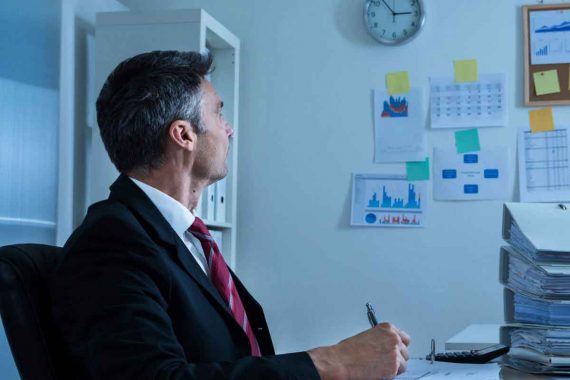 ‘I have had more unpleasantness from patients in the last six months than in all my previous 50 years in healthcare.  I am almost at the point of stopping all clinical practice.’

‘We have had an unprecedented number of complaints about the system which we have been directed by NHSE to implement – like temperature checks, symptom checks etc. Really nasty accusations that I am putting patients lives at risk for the sake of protecting staff.

‘We have lost staff because they are too worn down by patients seeing them in the street verbally abusing the surgery at them on their days off as they mostly live in the villages we serve.

‘Patients are very wanting – there is a lot of fear but also high expectation not helped by the media and political bashing – and we have to manage the needs, not wants, or we might really miss something clinically relevant.’

‘There is too much verbal abuse to mention but the most upsetting is patients believing that we haven’t been open – we are all on our knees in general practice and it doesn’t look like it’s getting any better.’

‘One patient said to me “It’s alright for you, your job must be a doddle now that no patients are coming to the surgery. We are being treated like animals whilst you all sit in your ivory towers with nothing to do”. Public perception is frustrating – we have never been busier.’

‘I have experienced people swearing at me and telling me that they won’t clap for the f*****g NHS. Another said, “Boris Johnson told you to see me”. We are being blamed when guidelines change and accused of failing in our duty of care. It’s been really tough – hate feeling like GP land is the kick bucket for the NHS.’

‘I have been sworn at for using the NHS queue at the supermarket, which was shorter than normal queue.’

‘I received abuse for “skipping” queues using my NHS badge at the start of Covid-19.’

‘I experienced assault partially precipitated by a patient not being able to see his mother, in the context of worry and concern and her being in hospital.’

‘Patients are often much more verbally aggressive about the new ways in which we are working and have a much lower tolerance/patience for the NHS system. The increasingly long waiting times for specialty referrals has led to a huge amount of patient dissatisfaction.’

‘We had a five-day backlog of swab results in wave one and if we suspected Covid-19 we had to transfer to a query Covid-19 ward. Families were accusing me of killing their vulnerable relative. It was out of my control but the hate and blame were hard, and still haunt me now. So little thanks just angry, desperate relatives.’

PATIENTS HAVE ALWAYS BEEN AN UNGRATEFUL LOT, FOR AS LONG AS I CAN REMEBER

A patients right to swing their fist ends where my face begins.
I’m not here to be abused and I don’t take it.
We’re here to do our best for the patients: if they are unreasonable and abusive then they can standby.
Ditch the martyr complex (its a form of ostentatiousness and no one likes a show off): be reasonable but be assertive.
One will feel MUCH better for doing so.

Private patients are usually very grateful. Working for the NHS is the problem.

If you give someone a free leaflet, it ends up in the bin. Or dropped and walked over.

‘I have been sworn at for using the NHS queue at the supermarket, which was shorter than normal queue.’

‘I received abuse for “skipping” queues using my NHS badge at the start of Covid-19.’

fine – if you don’t want us to skip the queues, we won’t.

we’ll end up spending most of the day hanging about anonymously in the same long queue as a bunch of wasters who are panic buying bogroll !

but if this is what joe public really want, they have no business to complain that the wait to see you is longer than normal !

i foresee a wave of resignations/early retirements when things calm down.

when there are no gp’s left, then they really will have something to moan about

Really? Where do these doctors work? Is it different down South?
I’ve had nothing but thanks from our patients.
Every day by phone or face to face consultations many patients are saying thank you so much for the work you are all doing during these difficult times.
I don’t expect to be thanked it’s the same job I’ve done for years and not one we usually get thanked for but the patients really have been very grateful
all through this pandemic.

Yup. I have quit. Not yet 40, an ex-GP partner with another 25yrs to give, and leaving the NHS to emigrate to the Antipodes… The excessive workload, complaining patients and CCG who I feel like they are complicit with the hospital in turfing significant amounts of their workload onto us. I am just one voice and nobody has listened to me but I can’t see things getting better so my only option was to leave. I believe in the ethos of the NHS, but it just isn’t working at present…

Being “almost at the point of quitting” is meaningless. You need to do like I and my wife did: leave as early as you can. It’s very liberating.