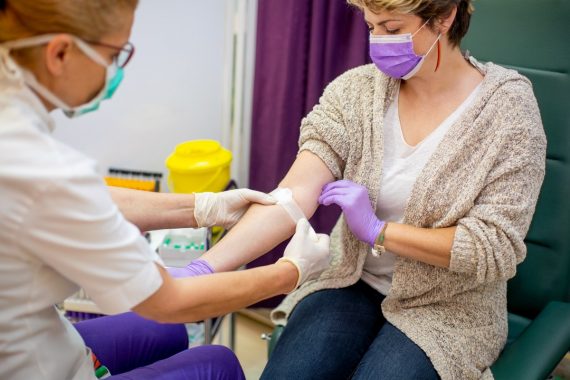 Exclusive The BMA is lobbying NHS England to ensure GP practices are not financially impacted by the current shortage of blood test tubes, Pulse has learned.

Earlier this month, GPs were told to suspend non-essential blood tests amid a worsening shortage of test tubes sparked by soaring demand and ‘UK border challenges’.

They were asked to temporarily stop vitamin D testing, as well as screening for pre-diabetes and blood disorders such as dyslipidaemia (raised cholesterol levels), along with allergy testing and routine infertility testing.

GPs warned that the ongoing shortage – which is expected to last for ‘a significant period of time’ – could lead to further abuse from patients as well as potential financial losses and negative CQC ratings.

Chronic disease reviews may have to be cancelled, making it even more difficult for practices already struggling to achieve QOF targets, they said.

In a press statement published today, the BMA said it has raised the shortage with NHS England as a ‘significant concern’.

And the BMA’s latest GP Committee bulletin added that it is ‘seeking an urgent update’ from NHS England’s primary care team about the ‘implications of this shortage on practices’ ability to fulfil QOF, NHS health checks and other aspects of important practice activity’.

It said: ‘It would be unreasonable for practices to delay tests and then be expected to catch-up later, so adding to the current care backlog.’

BMA GPC chair Dr Richard Vautrey told Pulse that the BMA is calling for practice income to be protected.

He said: ‘Firstly, we want to make sure that patient safety is not compromised so we need clear guidance from NHS England about what they are doing about the situation and what they are advising can stop or continue – particularly for QOF and health checks.

‘We also want a commitment from NHS England that income will be protected so that if there is a negative financial impact from this issue, which is not of practices’ making, then they will be protected.’

Dr Vautrey added that NHS England must ensure that practices are not ‘unfairly treated [or] abused’ by patients because of the shortage, including by protecting them against any complaints or legal cases arising from it.

He said: ‘We need NHS England to explain to patients what the issue is and what impact it might have, clearly stating that this is a national issue and not something that their practice has control over.

‘We [also] need NHS England, NHS Resolutions and MDO assurances that if there are any complaints/legal cases against practices for anything that happens to patients as a result of this issue, that practices and their staff will be protected.’

It comes amid rising abuse levied against GP practices, which most recently saw practices targeted with bomb threats.

The BMA has also called for ‘adequate’ supplies of the test tubes to be resumed ‘without further delay’ and for processes to be put in place to ensure supply chains are ‘maintained at all times’.

NHS England guidance said clinically-necessary blood tests should go ahead as scheduled but others should be put on hold, such as those for patients with suspected allergies and vitamin D deficiencies.

Imagine if NHSE’s burecracy cobra meeting actually thought of QOF as burecratic and actually culled it in half without financial issue and made it a positive and engaging intervention. Maybe they think it saves you time. Or instead is just a reason for CQC to penalise you remotely. Just a unilateral command and brain drain annoyance. The asthma and diabetes updates become a grinding drag. The smoking cessation box is well, childish. And the depression interim review is well, you doing more work for IAPT. It’s the 21st century and like many things in GP has been left to gather dust, and not to ruffle feathers, is now a piece of IT furniture. Popping up, when you want to pop off to get a break and some oxygen. *You still can’t integrate hospital bloods into GP systems for this chirard (what a silly thought, of course), and that’s also why you don’t have blood bottles, with silly duplications of U+Es and Hba1cs. One does like asking how many hours of gardening do you do still,l for giggles, because it’s a distraction to talk about the dhalias and begonias, than the back niggles and filling in of precious time.