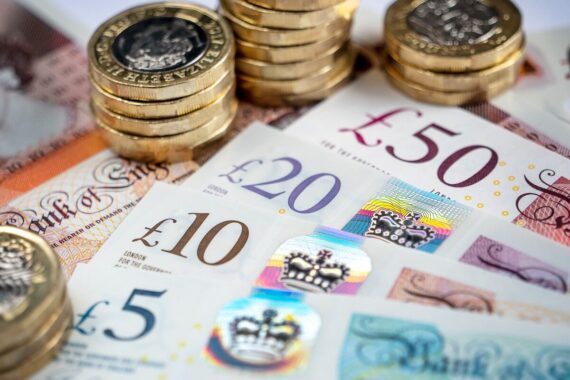 Pay transparency regulations that would see GPs required to declare earnings above £150k will likely be further delayed, it has been revealed.

The requirement was originally delayed due to the pandemic and then again in November, when GPs faced the first deadline to submit declarations.

At the time, GPs over the threshold were told they would have to start declaring their pay from ‘spring’ but no details on a specific date were provided.

Now NHS England has revealed that the requirement was due to commence from 30 April and that there are plans to delay it further.

An NHS England update published last week said that amendments to the GP contract regulations have been laid in parliament, which ‘subject to the will of parliament’ will ‘remove the requirement’ for ‘individuals within scope of the provisions’ to ‘make a self-declaration of their 2020/21 NHS earnings by 30 April 2022’.

It added: ‘These amendments implement the delay that the secretary of state for health and social care confirmed last year and are made with the expectation that this policy will resume at a later date.’

NHS England advised GPs within scope of the requirement to ‘not take any action ahead of 30 April 2022’ and said that commissioners ‘should not seek to enforce this contractual requirement’.

A Department of Health and Social Care (DHSC) spokesperson confirmed to Pulse that the regulations have been laid to remove the requirement from this month.

However, they added that the DHSC has not set out new dates and there will be updates in due course.

BMA GP Committee England deputy chair Dr Kieran Sharrock told Pulse: ‘We’ve been clear that this policy was likely to be counter-productive and were glad when its implementation was delayed at the beginning of winter.

‘With general practice continuing to face some of the most intense pressures ever, when all focus should be on providing safe care, it is positive that it is being postponed once again.’

In November, the BMA announced that the health secretary had agreed to delay the requirement for GPs to declare earnings above £150k.

Eligible GPs had been given until 12 November to disclose their earnings from 2020 if they were £150,000 or more after the annual declaration became a legal requirement in September.

What are the GP pay declaration requirements?

Under regulations published in September, GPs and their staff with NHS earnings above £150,000 are required to declare them annually.

The 2020 updated GP contract revealed that GPs who earn more than £150,000 per year in pensionable income – including partners, salaried GPs and locums – will be ‘listed by name and earnings bands’ publicly.

But the BMA confirmed in November that salaried GPs were not covered by the requirement to declare earnings above the threshold.

It also said that it was ‘unclear’ how NHS England would ‘police’ declarations and that any evidence sourced for monitoring via ‘illegitimate means’ will be ‘open to legal challenge’.

GPs were told they would have to submit self-declarations annually, starting with income for 2019/20 by 12 November 2021 and then make declarations by 30th April for every subsequent financial year.

The BMA previously said that GPs have been ‘singled out’ and that the launch of the requirement ‘breached’ its contract agreement with commissioners.

And GP leaders had previously argued that this is an attempt to name and shame GPs. They pointed out that it does not reflect the hours they work, and warned it could fuel anti-GP sentiment among the public who believe family doctors are paid too much.

The legislation, which came into force on 1 October 2021, was first announced in 2019 as part of the five-year GP contract.

But GPs have been required to publish average individual net earning on their practice website since 2016/17, following a previous move to increase transparency on earnings.

Since we declare all this to HMRC can one not simply say we refer you to our previous declaration to HMRC? Perhaps the problem is that the HMRC is bound by privacy laws not to release the datapublically.

Bit of an odd one this. Uprated earnings from pension data from 20 years ago suggests this level of remuneration was the norm (not in an especially high earning practice) That this is now considered in some way unacceptable says more about the real term erosion of income. Now happily retired but income was flat or falling since 2004. The focus should be why are GPs (FT) earning less than 150k