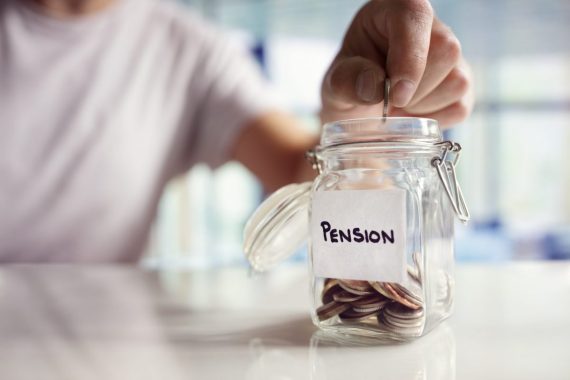 GPs who cannot meet tomorrow’s deadline for pension tax charge compensation ‘through no fault of their own’ can submit ‘late applications’, NHS England has said.

Last week, GP accountants warned that GPs in England could miss out on compensation worth ‘thousands of pounds’ for pension tax charges because they are not yet able to make a claim.

GPs had been given a deadline of 11 February to claim compensation against the pension annual allowance tax charge for 2019/20.

Under the special arrangement, members of the NHS pension scheme can elect for the scheme to pay the tax charge on their behalf and are then compensated for the effect of the deduction on their pension income when they retire.

But the Association of Independent Specialist Medical Accountants (AISMA) called for the deadline to be extended, warning that ‘many GPs have not received the information they need to make a claim’.

Now NHS England has said that while the closing dates for applications for the compensation scheme remain the same, ‘late applications will be accepted’ in certain circumstances.

In an update on its website, NHS England reiterated that the third application window will close tomorrow so that Primary Care Support England (PCSE) has ‘time to process the forms’ before its deadline of 31 March.

However, it added: ‘Late applications will be accepted where through no fault of their own clinicians have not yet received a pensions savings statement for 2019/20.

‘They will be able to submit their application for six months after receiving their pension savings statement.’

GP applications received after 11 February ‘will be held by PCSE and batch processed at a later date’, with more information on timings to be published ‘when they are confirmed’, it said.

NHS England added that GPs are ‘encouraged to check whether they have any missing end of year certificates for previous years’ via their PCSE online account.

‘This is important as Pensions Online won’t be up to date if there are any missing certificates and this will prevent a pension savings statement being issued, and your ability to confirm whether or not you should apply for the 2019/20 [compensation scheme]’, it said.

GPs submitting their form late should follow ‘current instructions regarding authorisation of their application’ outlined in the application form, it added.

Andrew Pow, AISMA board member and healthcare partner at Mazars, said: ‘It is good to see a pragmatic solution from NHS England to address the timing of annual allowance compensation claims for 2019/20.

‘However, it is still important for GPs to get their claims in as soon as they can, since there is no guarantee of when claims received after 11 February will be processed by PCSE.’

AISMA – which last week said many GPs were ‘yet to receive’ the pension savings statement for the year needed to make a claim from NHS Pensions and that many pension records have not been updated – welcomed the news on Twitter.

What is the annual allowance compensation scheme?

But for the 2019/20 tax year, GPs facing a tax charge over the pension savings annual allowance threshold can have this charge paid by the NHS pension scheme by filling in and returning a scheme pays election and a compensation form.

To access the compensation, GPs will use the ‘scheme pays’ arrangement already available to NHS pension scheme members, which usually allows tax charges to be deferred until retirement.

GPs are required to submit a ‘scheme pays’ election to NHS Pensions before they can submit a claim for the compensation to Primary Care Support England (PCSE).

The Government made the compensation available in 2019 in order to allow clinicians to take on more shifts or sessions without worrying about an annual allowance charge on their pensions.

The DHSC is currently responding to a consultation on changes that could see GPs pay less in pension contributions from April, while a health minister last month said the department will meet with the Treasury to ‘look at’ GP pension concerns.

The Government has previously committed to resolving NHS pensions issues, but in February rejected calls to reform GP pensions taxation, arguing the problem had already been addressed.

It comes as NHS England has revealed that the Treasury has approved £1.5m in compensation payments to GPs for ‘errors’ made in their pension contributions.

And Capita – which runs PCSE – has admitted that GPs starting retirement are seeing delays with the processing of their pensions.

Pulse revealed last year that NHS England has paid out thousands of pounds in compensation to GPs for mishandling their pensions but has banned them from talking about it.

The BMA has repeatedly called for the Government to reform pension taxation to avoid doctors facing large tax bills.