No extra funding for general practice in spring budget 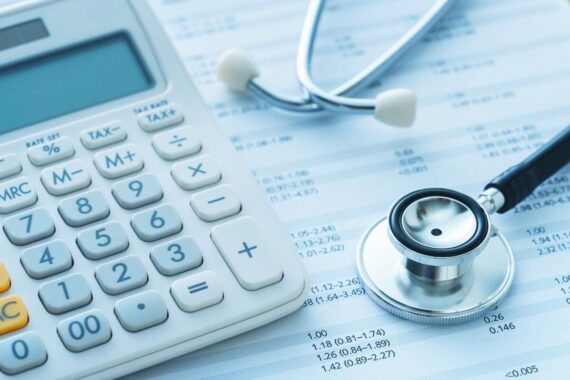 The Government’s spring budget statement, delivered today, did not pledge any additional funding for general practice or the wider NHS.

However, the Chancellor did confirm that the 1.25% rise in National Insurance (NI) contributions, which the Government expects will raise £36bn for health and social care over the next three years, will go ahead from 1 April as planned.

Justifying the decision to ignore calls to delay the NI hike due to the rise in living costs, Chancellor Rishi Sunak said it was ‘a dedicated funding source for the country’s top priority, the NHS and social care, providing funding over the long term as demand grows, with every penning going straight to health and care’.

He added: ‘If it goes, then so does the funding – and that funding is needed now. Especially as my right honourable friend the health secretary’s plans to reform healthcare will ensure every pound of taxpayer’s money is well spent.

‘When I said the Conservatives were the party of public services, the party of the NHS, I didn’t just mean when it was easy. It is a total commitment. So it is right that the health and care levy stays.’

Despite this, the NHS will be expected to tighten its purse strings, as the Treasury has decided to double its annual efficiency target from 1.1% to 2.2% a year.

According to the budget statement this will ‘free up’ £4.75bn worth of NHS funding over the next three years, ‘ensuring that the extra funding raised by the Health and Social Care Levy is well spent’.

Among other changes announced in the budget statement, the Government will add a further £500m to its ‘household support fund’ – aimed at helping the poorest household pay for food, clothing and utilities – bringing it to £1bn.

The Chancellor also announced that the lower income threshold to start paying NI would be raised by £3,000 to £12,500 from April, as well as a 12-month 5p reduction in fuel duties for petrol and diesel. He also pledged a 1p reduction to basic income tax, to come into force before the end of this Parliament.

But the news comes as the BMA had urged the Treasury to stump up a further £5-7bn in funding to clear the elective care backlog in England, 10% of which it said must go towards general practice.

The doctors’ union had also called for a drastic expansion in medical school places; increased pay for NHS doctors; a ‘solution’ to ‘punitive’ pension taxation which is prompting GPs to retire ahead of time; a £1bn ‘welfare and wellbeing fund’ for NHS staff; continued free Covid testing for NHS staff; and increased funding for mental health and public health.

BMA council chair Dr Chaand Nagpaul said: ‘Given the unprecedented pressure that the NHS is currently under, with patients experiencing life-threatening waits for care and a serious workforce crisis in the NHS, it is disappointing that the Government has failed to listen to our concerns around under-investment in our recent letter to the Chancellor.

‘While the Government has retained its commitment to boost NHS funding through the Health and Social Care Levy, we were disappointed that there was no mention of how they would fund the extra £7bn needed to clear the current backlog.’

Deputy chief executive of Londonwide LMCs Dr Lisa Harrod-Rothwell said: ‘The biggest challenge facing GP practices in London and beyond is capacity: we have too few GPs and nurses and too much demand.

‘Whilst the solution to this is not solely financial, the absence of anything new for general practice is an insult to an already demoralised workforce, and shows Londoners that the Government has no plan to support their local GP practices to meet the backlog of care that has built up throughout the pandemic.’

Dr Harrod-Rothwell said that ‘despite providing record numbers of appointments’, GPs are ‘struggling with over a decade of systemic underfunding, exacerbated by two years of an unprecedented pandemic’.

As a results, patient care ‘is being squeezed between a declining workforce and burgeoning demand built up while GPs gave their all, often at great cost to them and their loved ones, to fight coronavirus,’ she added.

Meanwhile, Health Foundation director Jo Bibby said today’s announcement showed the Government ‘has yet to fully grasp the pandemic’s stark lesson that health and wealth are fundamentally intertwined’, with the think-tank predicting household incomes will now fall by 2.2% in real terms in the coming year.

She added: ‘A government that truly valued the nation’s health would have gone further today to protect the most vulnerable families from this latest economic shock. The increase to National Insurance thresholds is significant but fails to target the poorest households.

‘There has been no action on benefits, while the additional £500m for the Household Support Fund falls well short of what is needed. Higher inflation will also erode planned spending on public services which support health. The Government should be investing more to protect people in the here-and-now, as well as building greater resilience against future threats to our health.’

NHS will not get extra funding to boost workforce, says health secretary

More doing more with less. Less money – and I am afraid less staff. Someone called it a burning platform earlier today. This amounts to trying to put it out with petrol. Watch how they jump.

Spot on Chris, this government really trying to prove you can get blood from a stone.

Service local to me: 50% Dr level for 9 months, unable to recruit, goodwill down the pan but NICE EOL document says should offer a 24/7 service.

Keep it up HM Government a lot of my era & more will be giving you a Harvey Smith Salute very soon!

Clocks move forward. Maybe you should too. Progressive awareness, not blind faith..

Apparently there’s enough cash to give every 2ndary care consultant a bonus of £5000 to thank them for all their hard work over the last 2 years. They are getting it this week.

If we have a national insurance increase to pay for NHS care and social care then surely that money is to increase NHS budgets to actually improve care going forward and help deal with the backlog. Or is it to plug the gap in the overspend during the pandemic on unfit private PPE and empty temporary flagship hospitals 🤔

If wanting more money, then perhaps making the Country a lot poorer by locking down the economy for months on end was perhaps a mistake?