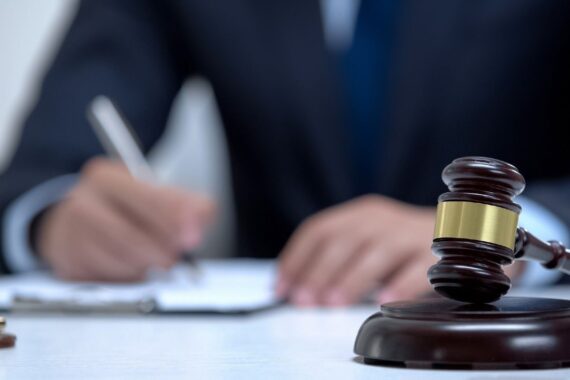 GP practices could be forced to pay huge service charges after the High Court ruled in favour of NHS Property Services (NHSPS) in a landmark case.

In a written judgement published last week, the High Court ruled that NHSPS is able to claim service charges from its practices for specific services it provides.

A further trial will now determine how much each practice owes the landlord.

The BMA launched a legal claim in January 2020 over the ‘astronomical’ rises in charges faced by GPs and claimed a victory the following September, when NHSPS ‘conceded’ that the policy could not vary GP practice contracts.

But in February last year, NHSPS launched a counter-claim worth £1.3m against the BMA’s ‘test case’ regarding NHSPS’ 2017/18 ‘national charging policy’.

It claims this £1.3m is unpaid premises fees still owed by the five practices involved in the case.

But his 170-page ruling added that he ‘will hear the parties on the precise terms of the orders to be made in the five actions consequential upon this judgment’, to the extent that they ‘cannot be agreed between the parties’ – ie how much the practices will actually be required to pay.

NHSPS owns premises for over 1,000 practices, but the legal action has also been viewed as a ‘test case’ for practices with buildings owned by other companies facing similar disputes.

For example, a 2020 hike in service charges by Government-owned Community Health Partnerships (CHP) left practices located in their buildings ‘under threat of closure’.

However, judge Mr Justice Johnson said he ‘would be wary of classifying these five actions as test cases’.

He said: ‘While I express the hope that this judgment will assist [NHSPS] and other GP practices in resolving disputes over services charges without the need for expensive litigation, I would be wary of classifying these five actions as test cases.

‘As this lengthy judgment demonstrates, and as I have already said in this judgment, the resolution of a service charge dispute in any particular case essentially depends upon the evidence and arguments in that case.’

He added: ‘I do not think that it is sensible for any GP practice to adopt what I would describe as a policy of non-engagement; by which I mean refusing to pay service charges pending explanation of the position by [NHSPS].

‘As I have said, it seems to me that a more constructive approach would be for GP practices to take their own advice on the position, and to put their particular case to [NHSPS] on what is and is not recoverable by way of service charges.’

BMA GP committee policy lead for premises Dr Gaurav Gupta said: ‘After the BMA raising concerns with NHSPS for more than five years over the significant increases of service charges and then a protracted legal process, it has taken this complex judgment of more than 170 pages and almost 100,000 words to give some clarity to these practices about what services they are and are not obliged to pay for.

‘This underlines the difficulty caused by such a sudden and drastic change in approach to service charges that busy practices, working to provide care to patients under the most difficult circumstances, are being forced to navigate, and which fails to recognise the reality of everyday workload and financial pressures GP staff are facing on the ground.’

He added that the case ‘is not over’, with the BMA to set out its ‘next steps in due course’ as the next stage of the case seeks to ‘determine how much these practices may owe, if indeed they received the services to the required standard or even at all’.

Dr Gupta said: ‘During these proceedings we have seen NHSPS’ claims for outstanding service charges revised vastly, in one case being reduced by as much as 34% (more than £178,000), underlining the opacity of NHSPS’ methods for calculating charges.

‘Most significantly, had the BMA not supported the GP practices in this case to defend NHSPS’ claims for charges they could have overpaid hundreds of thousands of pounds to NHSPS which NHSPS was unable to substantiate when required to do so.’

A spokesperson for NHSPS said: ‘Whilst we did not instigate proceedings, we welcome the outcomes of the cases and the clarity they bring in relation to these five GP practices. We will take time to reflect on these and consider any implications fully.

‘We are committed to continuing to work with all our tenants, including GPs, and to resolve any outstanding issues.’

They added: ‘Our focus is, and remains, on being the best estates provider possible to the healthcare professionals we serve.’

Pulse has long documented disputes over premises service charges since reporting in 2016 that several practices saw their fees hiked by up to 400%, while more recently a practice had its service charge triple to over £100,000 in four years.

Pulse also revealed that a GP practice had been asked by NHSPS to pay half a million pounds in service charges for ‘non-existent’ services and in February 2020, a number of practices were threatened with bankruptcy due to unpaid rent.

I’m thankfully not one of these practices.

But if I were I would be considering joint action – separate from what the BMA would be able to advise (legally).

1000 practices is a lot of practices, and probably represents 10 million patients. A joint resignation of the contract would make them take action.

I am a partner in one of these unfortunate practices.
In a dated poorly repaired building.
The issue with this is NHS properties are behaving like a commercial landlord whereas practices, with reduced income in real terms, are seeing rises in expenses year on year, and likely to get worse, with staff reasonably wanting decent Kay rise, increase fuel bills etc.
The report touched on, but didn’t have the remit to address ‘nhs funding gap’
The uncertainty, stress, albatross of future financial distress will be another factor in finding it hard to recruit GPs
I’m sure practices in their own premises have headaches too, but they do have the potential to sell a share on retirement.
BMA need to keep fighting our corner here