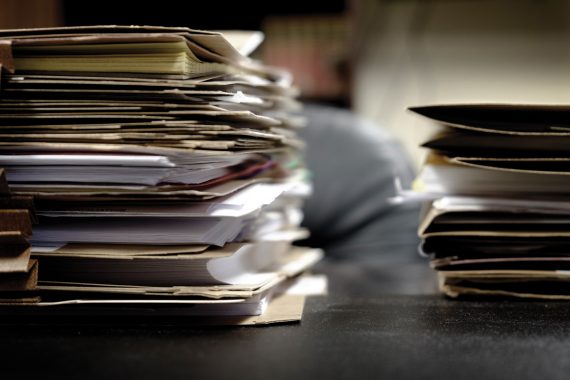 The vast majority of PCN leaders do not want any new network service specifications to be implemented this year, a new report has revealed.

Four extra PCN services are set to be brought in as early as October – and the additional workload they will bring for GPs on top of giving flu and Covid jabs and dealing with winter illnesses has already been raised by GP leaders.

A total of 87% of PCN leaders taking part in a survey underpinning the new report said no service specifications should be introduced in 2021/22.

Networks continue to be afflicted by a host of problems including high workload, development plans having been ‘derailed’ by the pandemic, and a lack of space within practices for newly-hired additional roles, said the document, compiled by NHS Confederation’s PCN network.

Staff hired through the Additional Roles Reimbursement Scheme (ARRS) have also ‘cause[d] little reduction in GP workload in the first instance’ because most patients still need to speak to a GP first, said the report.

While PCNs have led to some improvements in general practice, such as stronger local relationships with local partners – reported by 66% of respondents – and ‘a more appropriate workload for GPs’ where staff have been developed, 96% said PCN workload is ‘greater than expected’.

The survey of 157 PCN staff, including 88 clinical directors and 49 PCN managers, uncovered other problems including:

The report, published two years on since the launch of PCNs, said: ‘Similarly to the progress at 12 months, workload remains a challenge for all PCNs.

‘For many clinical directors this is resulting in fatigue, burnout and insufficient time for PCN development as they grapple with balancing the strategic and operational demands of the PCN alongside their clinical commitments.’

However, PCN leaders behind the report said ‘with the right resource and space’ PCNs would be ‘invaluable’ in getting the NHS’s longer term development back on track.

Dr Pramit Patel, chair of the NHS Confederation’s PCN network and clinical director of Care Collaborative PCN in Surrey, said: ‘From the outset PCNs have had high ambitions to improve and expand the range of patient services for their communities, and despite the most difficult of circumstances they have faced over the last year and a half, they are rising to the challenge.

‘Colleagues are clear there is a way to go, but with the right resource and space, PCNs can be invaluable in getting the NHS Long Term Plan back on track in driving forward expanded and improved services for patients, enhancing out of hospital care and supporting people to stay well in the community.’

He added: ‘With a sizeable elective treatment backlog and the population’s health having taken a hit during the pandemic, this agenda is more important than ever.’

Last month the BMA revealed it had met with health minister Jo Churchill, urging her to delay the four upcoming PCN services this autumn until April 2022.

GP-led vaccination centres run by PCNs delivered more than two in three of all Covid vaccinations during the first phase of the booster programme.

However, exclusive NHS England figures obtained by Pulse revealed over one in five PCNs dropped out of the second phase of the vaccination programme.

A previous survey by Pulse revealed almost eight in 10 PCNs who dropped out cited ‘workload pressures’ in general practice as their reason.

General Practice needs to wake up and realise that PCNs are a failed project
On balance they are a net burden, which has done little if nothing to ease workload pressures, Clinical Director fatigue and given NHSE a platform to beat us down to the dumps where the GMS contracts will eventually get merged
We need to get rid of PCNs asap to protect General Practice as we know it , politicians don’t want General Practice IC status, and PCNs is the way they’re going to destroy it

Told you to opt out last year.
But, you had so much spare time with a new virus that you couldn’t read Wally’s and Hancock’s contract specifications. Soon to shaft you majorly.
Opt out. Oh – you missed the deadline, again.

Why is this being realised now! This was clear even before Covid came along.
This is the point where we realise that a huge proportion of the new hired help have to start doing new work and we have their HR hassle.
We are up in arms about the pension services taking the Government shilling and not being able to deliver and here we are doing the same thing.
We have to stabilise core work before any new work is done then new work can be added if we recruit enough GP capacity long term.