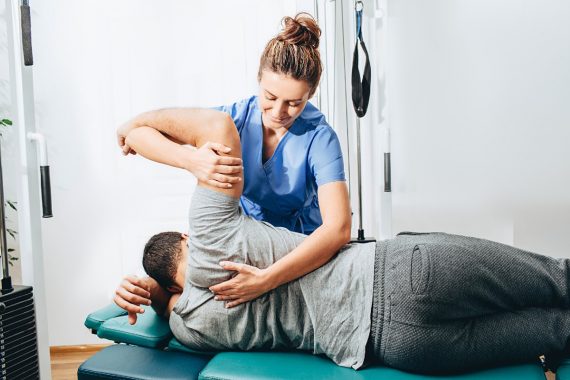 The Additional Roles Reimbursement Scheme (ARRS) could worsen health inequalities because recruitment is likely to be ‘skewed’ to wealthier areas, a health think tank has warned.

In its ‘Levelling up general practice’ report, the Health Foundation said that there is currently ‘no mechanism’ in the PCN contract to ensure the new staff are distributed by population need.

The report, published today (21 May), was made in response to the Government’s levelling up strategy  – a £4.8bn funded initiative which aims to address regional disparities and boost investment in public services – which the Foundation said ‘must include general practice’.

The Government has previously pledged to provide primary care with 26,000 new allied health professionals by 2023/24, funded and recruited through PCNs, the report said.

However, it cited evidence which suggests that PCNs in more affluent areas are more able to recruit to these new roles.

‘If continued, the expanded primary care workforce is likely to be skewed towards wealthier areas, which will derive the greatest benefit from the extra staff. Health inequalities may widen further,’ the report said.

It added that policymakers must ‘urgently’ consider ways to prevent this outcome, including offering recruitment support to PCNs in deprived areas, and varying funding or staffing based on the populations networks serve.

The report said that the current initiatives to recruit and retain GPs are necessary but ‘insufficient’ – with GPs working in a practice serving the most deprived patients responsible for around 10% more patients on average than those in more affluent areas.

General practice needs specific programmes to make sure additional GPs are directed to the areas with the highest need, it said, adding that none of the strategies to reduce differences in GP numbers across England to date had been ‘resoundingly’ successful.

Programmes such as the NHS England’s Targeted Enhanced Recruitment Scheme will ‘only be as successful as its ability to accurately identify under-doctored areas’, the Health Foundation warned.

It added that cost and fear of opposition from within the profession may encourage policy makers to steer clear of funding reform, but warned that doing so ‘risks widening inequalities and misses a huge opportunities for meaningful change’.

This comes as over a third of GPs (36%) said they are considering early retirement within the next 12 months, as recruitment of GPs and practice staff stalled during the pandemic.

I haven’t referred to one single ARRS private company or member twiddling their thumbs. Put their number on billboards at bus stations – you’d get the user stats you dearly want then.