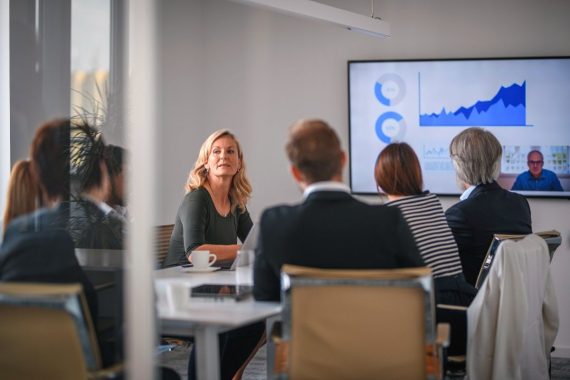 Exclusive At least one ICS in London does not have a dedicated primary care executive role planned for its leadership team, Pulse has learned.

GP leaders have expressed concerns that general practice could get ‘left behind’ and is the ‘forgotten child’ amid the plans for the new integrated care systems, which are taking over as the main commissioning bodies for healthcare in England.

Pulse understands that North East London ICS does not have plans for a primary care specific role on its executive leadership team, while South West London ICS refused to clarify.

Other London ICSs told Pulse that the development of their executive teams is ‘still underway’, while North West London will shortly recruit a primary care officer for its executive team.

Which London ICSs have plans for dedicated primary care executives?

NEL ICS is currently recruiting for a Chief Development Officer (CDO) who will have ‘specific responsibility for primary care development at place, working closely with the Chief Medical Officer (CMO) and Chief Nursing Officer’.

But NEL ICS told Pulse on background that the CDO and CMO will be responsible for the full range of care in all settings across primary, community and secondary care and mental health, in addition to other responsibilities. Both roles will be among the six executive leadership roles on the NEL integrated care board (ICB).

A spokesperson said on background that this aims to ensure all sectors of healthcare have equal status and full accountability, and to move away from any sense of primary care being managed in a separate silo away from other health care planning.

A spokesperson told Pulse on background that there will continue to be a director of primary care in southwest London, who will be supported by a dedicated team both at Borough and southwest Londonwide level.

A spokesperson told Pulse: ‘We do have a director of primary care and shortly intend to advertise for a senior responsible officer for primary care development – both very important posts at the highest level within the NW London ICS.

‘We will also be continuing to invest in primary care input into enhancing local Borough Partnerships and primary care provider collaborative working including primary care networks. The rest of our executive structures are very similar to all ICSs.’

They confirmed on background that the senior responsible officer will sit on the executive team.

North Central London and South East London ICSs told Pulse the development of each ICS is ‘still underway, which includes membership of [the] executive team’.

An anonymous GP leader told Pulse: ‘Overwhelmingly in London, the view is that [primary care is] the forgotten child in a lot of ways, it’s just left and forgotten about. So I think it’s going to result in some quite major changes, especially in the way that general practice can be left behind.

‘[The ICSs] are wrong to say [they are] under development because they will have the lists. They’ll have all the recruitments ready. It’s there, they just don’t want to announce it.’

They referred to ICSs’ descriptions of their leadership teams as ‘weasel words’ and said primary care should not be ‘an add-on role’ as it will ‘never get the full priority’.

They said: ‘Primary care is such a big issue across an ICS, it needs somebody with an executive responsibility of it, where it’s not an add-on job. If they put primary care and community care [together], I can accept that as a compromise. But it can’t be an add-on job – it’s too important.

‘We’re going to get to June, July, and all these structures are going to come in and primary care isn’t going to be there, and it’ll be too late.’

BMA GP committee ICSs lead Dr Richard Van Mellaerts told Pulse it is ‘vitally important’ that general practice is involved in ‘all aspects of ICS, including their leadership, system design, commissioning, funding allocation and the overall delivery of care’.

He added: ‘GPs have a deep and invaluable understanding of their communities and the patients they serve… without GPs an ICS cannot fulfil all the needs of patients.’

And former BMA GP committee chair and Leeds GP Dr Richard Vautrey told Pulse that integrated care boards (ICBs) ‘need to ensure that they have GPs fully involved and their perspective is not just listened to, but acted on’.

The new bodies bring together NHS organisations – including CCGs – local authorities and community groups, and will hold the NHS budget, taking over the commissioning powers from CCGs.

It comes as the BMA backed a proposed amendment to the Health and Care Bill that would see more GP roles mandated on ICS boards.

In June, NHS England guidance revealed that just one GP would be required to be appointed to ICS boards, which are set to replace CCGs as commissioners of health services.

Meanwhile, GP Dr Claire Fuller has been tasked by NHS England to look at the ‘next steps’ for how PCNs will work in ICSs, via a ‘stock-take’ that is currently open for submissions.

Convenient. Opt out of the PCN. The only spanner you have left.