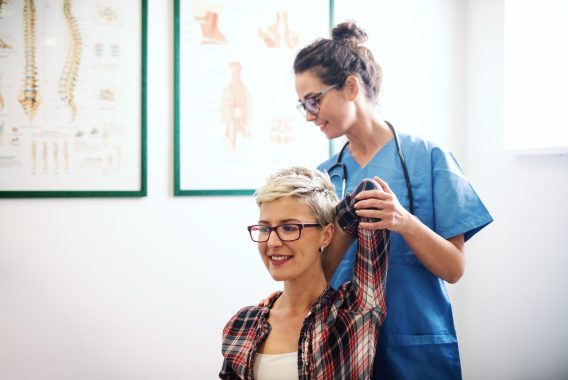 PCNs in England have recruited more than 10,000 clinical staff under the Additional Roles Reimbursement Scheme (ARRS), NHS England has said.

This represents over a third of the target 26,000 ARRS staff expected to be hired by 2024 – including roles such as social prescribing link workers and physiotherapists – after the scheme was brought in as a core part of the Network Contract DES in 2019/20.

The figures, published in NHS board papers last month, show PCNs in England had recruited 10,452 additional FTE staff under ARRS by the end of September 2021.

The papers said: ‘To further bolster workforce numbers, PCNs are entitled to recruit staff from 15 roles under the Additional Roles Reimbursement Scheme. As at 30 September 2021 data shows a total of 10,452 additional WTE recruited towards the 26,000 manifesto commitment against the baseline of 31 March 2019.’

But the latest figures from NHS Digital showed that as of December 2021, there are 9,350 FTE staff in the PCN workforce.

In terms of headcount, there are 10,693 PCN staff as of December last year.

The spreadsheet added the caveat that: ‘The contracted services data in the December 2021 collection showed a continuing increase in FTE at a greater rate than was seen prior to June 2021. It is possible that this is in part due to PCNs leaving hours information untouched within records for services they have not used, rather than setting them to zero.

‘For this release, it should be noted that all September and December FTE figures relating to Direct Patient Care job roles may be inflated as a result of this issue.’

It comes as the RCGP last month claimed the Government is not on track to fill 26,000 ARRS roles by 2024.

The RCGP said it would expect around 5,200 roles to be filled each year to meet the 2024 target, which is measured against a baseline established in March 2019.

NHS England revealed in June that PCNs had recruited 9,100 clinical staff under the ARRS so far, and said PCNs would need to free up workspace to ‘accommodate’ taking on more staff recruited through the ARRS.

Meanwhile, health secretary Sajid Javid admitted in November that the Government is not on track to deliver its election manifesto pledge to recruit 6,000 additional FTE GPs by 2025.

How the ARRS works in practice

And…you still can’t get through to a mega practice. Bravo.

Reply
Unsuitable or offensive? Report this comment
Turn out The Lights 23 February, 2022 6:20 pm

Effective use of money?Hasnt reduced my workload just gone up exponentially.

Opt out of the PCN. And you won’t notice any change whatsoever. It’s quite liberating. If you’re a free thinker. You do realise NHSE are trying to infiltrate you and take over your systems, you do realise that right? Drip feeding you specifications, data monitoring, soon to shame you up on some grey bar graph, until your appointment book is eventually taken over, your receptionist becomes redundant and you start seeing patients from the practice down the road. Working together hey. You’ll love it when your appointment books are taken over by a hospital A+E call coordinator. Bookmark this comment for future reference.