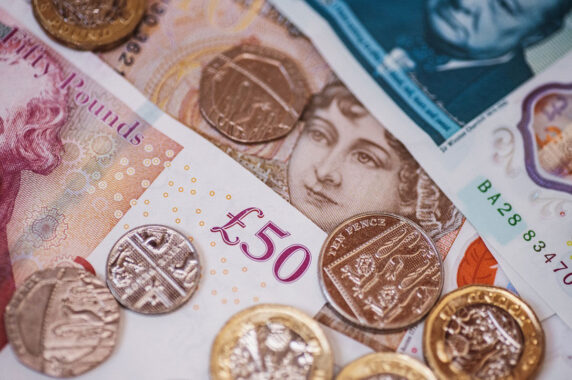 Exclusive Up to 40% of funding available for hiring additional roles staff was unspent in each of the first two years of the scheme, figures obtained by Pulse under the Freedom of Information Act have revealed.

In the first year of the scheme, CCGs were advised to redistribute any unused funds to neighbouring primary care networks to help them carry out further recruitment of ARRS roles.

According to the contract specifications for the last two years, PCNs have been able to bid for funding left unused by other PCNs in their area, where the CCG gives the opportunity to do this.

But in 2020/21 and 2021/22, NHS England also retained around 40% of the total ARRS allocation for CCGs, with PCNs only able to request this based on ‘need’ after the baseline funding had been spent.

NHS England did not respond to Pulse requests for comment.

The latest NHS Digital figures show that as of March this year, 18,221 more direct patient care staff – which includes ARRS roles – have been recruited since March 2019.

But a wider investigation by Pulse on primary care recruitment has revealed that networks are still facing challenges with recruiting to the roles available via the scheme.

Clinical directors reported that a lack of flexibility within the scheme has meant they cannot recruit the staff they need, such as advanced nurse practitioners and extra mental health workers. Others commented that there are not enough staff to go around, leaving them competing with other PCNs and organisations – and the funding available is not always sufficient to attract staff to the roles.

Cannock North PCN clinical director Dr Manu Agrawal says: ‘We are losing 30% of the funding in our area, which could have been used for patient care if it was given to practices.’

This comes as a King’s Fund report on the scheme found that PCNs have ‘inadequate funding’ and support to implement the scheme, with many networks lacking ‘a clear, shared overall purpose’.

Dr Claire Fuller’s recent stocktake on next steps for integrating primary care also said that NHS England should ‘simplify guidance and address common misunderstandings’ regarding the ARRS, and look at what other flexibilities could be introduced to ‘support recruitment in the short term’.

All 10 CCGs highlighted in the map were approached for comment.

A spokesperson for NHS Tees Valley CCG said: ‘Our PCNs locally worked hard during the year 20/21 to recruit to new roles however in the midst of a pandemic their workforce planning aspirations were not realised, the ARRS workforce has now expanded significantly, which is commendable whilst still dealing with the pandemic and recovery.’

A spokesperson for NHS North West London CCG said: ‘The underspend relates to a period when there were 8 CCGs in NW London. Those organisations no longer exist following the merger and NWL CCG broadly spent the ARRS allocation and plans to continue to do so in the coming financial year.’

A spokesperson for NHS Devon CCG said: ‘NHS Devon CCG is one of the biggest in the country so our absolute numbers are naturally higher than many other areas. The figures for 2021/22 show spending in Devon through the additional roles reimbursement scheme has more than doubled to £12.45m. The proportion of available funding claimed by primary care networks (PCNs) has also increased to 82%.

‘NHS Devon CCG has made the full additional roles reimbursement scheme allocation available to our PCNs and has fully reimbursed all costs claimed by our PCNs in accordance with the DES. In some cases, our PCNs have struggled to recruit due to national workforce shortages and the extra pressures placed on teams by the pandemic.’

A spokesperson for NHS Kent and Medway CCG said: ‘We see the additional roles reimbursement scheme as a critical element of transforming general practice and delivering local care in the face of increasing demand.  The first year of the scheme was unfortunately affected by Covid-19 as Primary Care Networks prioritised the pandemic response. Expenditure on additional roles reimbursement significantly increased in 2021/2022 to £16.83million.’

NHS England guidance on the ARRS published in December 2019 states: ‘In the unlikely event that a CCG forecasts an underspend on its Additional Roles Reimbursement Scheme funding (as a result of PCNs failing to draw down their full entitlement), NHS England strongly encourages CCGs to put in place local schemes to share that unused financial entitlement across the other PCNs in the area to enable them to carry out further recruitment – on the terms set out in the Network Contract DES and in this guidance – above their 2019/20 entitlement (with those further additional posts then attracting national funding via the Additional Roles Reimbursement Sum for 2020/21).’

The document also states: ‘The Additional Roles Reimbursement Sum funding is only available to fund additional PCN workforce in line with the rules of the scheme. PCNs are therefore strongly encouraged to plan their future workforce requirements and claim their maximum entitlement each year. Any unused funding in a given year cannot be carried forward into subsequent years, and a PCN’s entitlement to that funding in that year will therefore be lost.’

An NHS England letter in February 2020 said that some commissioners were forecasting an underspend even after having considered sharing unused funding with other PCNs. It said that where this was the case, PCNs should be encouraged ‘to recruit now to any of the ten roles which will be included in the Additional Roles Reimbursement Scheme from 1 April 2020’.

Another letter, in August 2020, warned that any unspent funding in 2020/21 could be lost to general practice. It said that every CCG has a responsibility to help all their PCNs recruit and get their share of the additional roles in place, adding that ‘it will minimise the proportion of the available £430 million which PCNs will not draw down and will be lost to general practice’.

*Pulse’s FOI request asked CCGs about ARRS allocations in each of the three years, how much had been spent and where any underspends were allocated. For 2020-21 and 2021-22 we used NHSE figures on total ARRS budgets. For 2019-20, our calculations are based solely on CCG responses to the FOI. The 2021-22 figures are made up of actual spend from 29 CCGs and forecasted spend from 42
CCGs.