GMC found to have discriminated against doctor on basis of race 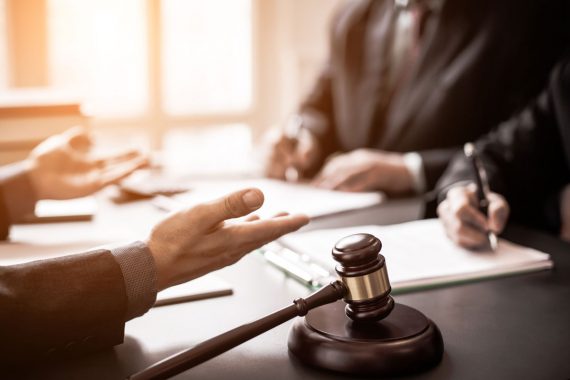 The GMC discriminated against a doctor on the grounds of his race, a tribunal has ruled.

Reading Employment Tribunal upheld a complaint that Dr Omer Karim, who previously worked as a consultant urologist in Slough, had been discriminated against during an investigation by the GMC, after the body dismissed charges against a white doctor accused of the same conduct.

This is the first time a race discrimination claim has succeeded in the employment tribunal against the GMC, and it has led to the BMA urging the regulator to commit to a ‘comprehensive independent evaluation’ of its fitness-to-practise decision making procedures.

This judgement comes as the GMC last month set itself a target to ‘eliminate’ the disproportionate complaints received from employers about ethnic minority GPs by 2026.

The GMC argued the judgement is ‘flawed’ and said it will appeal it, adding that this finding ‘will not help…to tackle inequalities in disciplinary proceedings’.

The tribunal concluded that Dr Karim, who is of mixed black African and European descent, faced ‘less favourable treatment’ in the way he was treated compared to the white doctor during a GMC investigation in 2014 and that the significant delay in the investigation of him was on the grounds of his race.

The GMC first received allegations against Dr Karim in 2013, which were dismissed, until the doctor was referred again in 2014, leading to him being suspended twice, and ultimately resigning from his position in 2015.

A fitness-to-practice hearing took place in 2018, and Dr Karim was cleared of any misconduct, but he argued that he had been the subject of discrimination.

Ms Clare Marx, chair of the GMC, said: ‘We know that many doctors feel discriminated against by the way in which referrals to the GMC are handled, and there remains much for us and others to do to change that.

‘But accepting a flawed tribunal judgment will not help achieve the aims we and others share to tackle inequalities where they exist in disciplinary proceedings for healthcare professionals.’

The GMC also argued that the facts in the case regarding the white doctor ‘differed in key aspects’ from those in Dr Karim’s one.

Ms Marx added: ‘We know and are sorry that this will prolong uncertainty and anxiety for all involved, and we will seek to resolve this as swiftly as possible.’

BMA council chair Dr Chaand Nagpaul said: ‘The outcome of this landmark case has caused much anger and distress amongst the medical profession around the discriminatory treatment of ethnic minority doctors. A GMC referral can wreck the lives and mental health of doctors, with some tragically taking their own lives as a result.’

He added that ‘it is morally unacceptable’ for there to be unequal treatment for any sector of the medical profession in disciplinary processes.

He said that ethnic minority doctors already face the disparity of being twice as likely to be referred by their employers to the GMC, and that ‘this important case now raises the issue of unfairness within the GMC’s disciplinary processes itself’.

‘Although the GMC is appealing this decision, for many doctors, credibility in its processes has been hugely damaged. It is vital that the GMC openly acknowledges these concerns and demonstrates how it will provide the profession with the confidence that it treats all doctors in an even-handed manner.’

This includes urgently commissioning a ‘comprehensive independent evaluation’ of its fitness-to-practise decision making procedures, and a commitment to act quickly on its findings, he added.

In January, the GMC said it learnt ‘a great deal’ about supporting doctors’ wellbeing from the high-profile 2018 legal case concerning Dr Hadiza Bawa-Garba.

And in May, the GMC said it can become a ‘force for good’ in tackling the ‘shameful’ disadvantage ethnic minority GPs face with regard to fitness to practise investigations if proposed changes to legislation go ahead.

We’ve got jackals and vultures, trying to hide an elephant in the room.

My reaction when reading the opening headline was – “good, you ****ers”. How have we got to the stage that our own Professional body are a source of contempt to the doctors that are supposed to be self-regulating.
Any idea how we change the behaviours and processes of the GMC Leadership? This is about strategy and direction, and that comes from GMC council and the Chief Executive. We need to get away from the Ivory Towers and back to what the Profession regards as acceptable.