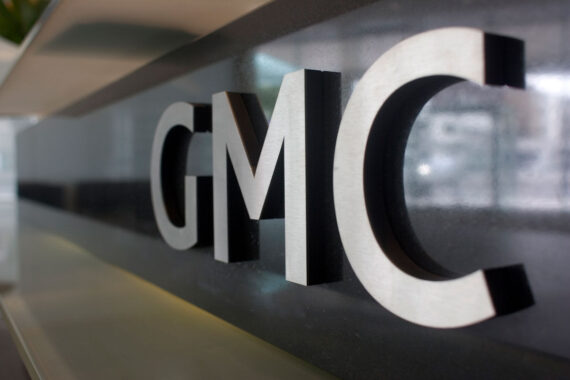 The GMC has announced the details of its review into the suspension of a GP for ‘dishonesty’ over a laptop and said findings will be published in September.

The regulator has appointed Professor Iqbal Singh CBE and Martin Forde QC as co-chairs to oversee a review of the Dr Manjula Arora case, it today said.

Consultant clinician Professor Singh specialises in elderly care and is a ‘pioneer in ethnic health and diversity’, with roles as chair of the GMC’s BME doctors forum and of the Centre of Excellence in Safety for Older People and Centre for Remediation and Support.

Martin Forde QC’s recent work includes leading the independent investigation into reports of antisemitism within the Labour Party in 2020 and acting as the independent adviser to the Windrush Compensation Scheme from 2018 to 2021.

The GMC added that their review will be carried out ‘during the summer with a view to publishing findings and recommendations by September’.

Its scope will include:

The GMC said that it determined a review should be carried out to ‘see whether there are lessons to be learned’, following ‘concerns’ among GPs about ‘whether the handling of the case and the outcome of the hearing were proportionate to the allegations received by the GMC’.

GMC chief executive Charlie Massey said: ‘It is absolutely right that the GMC’s decisions about a doctor’s ability to practise in the UK are open to scrutiny.

‘I believe that the GMC can be a positive force for improvement, and we will only be able to fulfil that role if we are open to learning from every case that we investigate.’

He added: ‘I am very grateful to Professor Singh and Martin Forde QC for agreeing to oversee this review. Their expertise and knowledge of medical practice and regulatory proceedings will be invaluable in bringing an external lens to our processes.’

But the BMA said the review ‘falls short’ of the necessary independent evaluation of the ‘entire GMC referral pathway’.

BMA council chair Dr Chaand Nagpaul said: ‘While it is notable that the GMC has decided to review Dr Arora’s case, an in-house review falls short of the root and branch independent evaluation of the entire GMC referral pathway that the BMA has called for.

‘It is important to note that the review into Dr Arora’s case may provide answers to how the GMC got it so badly wrong on this specific occasion, but it will not change the sanction or its impact on Dr Arora.’

He added: ‘The BMA has been clear that an external scrutiny panel is needed to assess each potential employer referral to ensure that it is fair and objective and consider whether the issue could be more appropriately dealt with locally and swiftly. Upon receipt of a referral, the profession must have confidence in the objectivity and fairness of the GMC’s decision to investigate.

‘We would therefore urge the GMC to complement this specific review with an independent evaluation of the entire referral pathway. Nothing short of this will secure justice and fairness in medical regulation.’

Dr Chaand said there is a ‘moral imperative’ to ensure potentially ‘traumatic’ fitness to practise investigations are ‘used proportionately, appropriately and only when necessary’.

Dr Arora’s case is ‘just the latest example in a worrying trend of ethnic minority doctors facing disproportionate referral, investigation and sanctions’ and demonstrates how ‘the current system is structurally disproportionate, lacks timeliness, with insufficient checks and balances, and is manifestly unjust’, he added.

Speaking at the NHS Confederation Expo conference in Liverpool last week, Mr Massey said that he ‘completely understands’ concerns that the suspension of a GP for ‘dishonesty’ over a laptop was ‘disproportionate and over-the-top’.

Last month, it was revealed that the GP suspended for ‘dishonesty’ over a laptop she said she had been ‘promised’ will appeal the GMC’s decision, alongside the GMC’s own review.

The Medical Practitioners Tribunal Service (MPTS) had suspended Dr Arora for a month for ‘dishonesty’ after she told an IT department she had been ‘promised’ a laptop.

The tribunal said that she had ‘exaggerated’ these claims, and as a result found that her fitness to practise was impaired.

However, doctors groups had reacted angrily to the judgement, saying that a suspension was disproportionate for a relatively minor offence, with the BMA demanding an overhaul of GMC processes after the ‘incomprehensible’ ruling.

GMC launches another 23 MPTS appeals ahead of legislation change

The profession is not clueless to an inside job and marking your own homework. Although it can’t hear the upcoming table discussions and corridor whispers of you know, “hush hush, let’s formulate a plan sort of thing and keep this brief and in our favour”, it can read black and white, and grey. And red. Why not interrogate Dr B? Investigate their motives and agenda. We await for “Dr B at Mastercall” – to be lined up for interview and equally named, and to be cross-fired for their integrity and honesty. Let’s rate them on a scale of 0-10. Let’s see how that fares on their mental health and every other person that colludes with this endemic disease. Everyone should watch out for “Dr B”…and the GMC in general (that’s already part of the new Hippocratic oath). A comfortable council that protects it’s salaries and thinks it’s impenetrable. Maybe in the archaic cover-up of the 1980s and 90s. Not in 2022. This organisation is lining itself up for a Panorama documentary, not long to go.

IF FOUND TO HAVE “OVER-INVESTIGATED” THEN I EXPECT THE TOP BRASS AT THE GMC TO “DO THE HONOURABLE THING” AND RESIGN WITH IMMEDIATE EFFECT………………..”LESSONS LEARNED” IS NOT GOOD ENOUGH…..IF GPs ARE FOUND GUILTY OF SERIOUS WRONG-DOING THEY ARE NOT SENTENCED TO “LESSONS LEARNED” BUT RATHER STRUCK OFF……THE SAME MUST, YES MUST, APPLY TO THE GMC ITSELF…….

I could investigate and report on this for a fraction of the cost.
The facts seem quite clear I.e.
An ill advised GMC referral and disciplinary action totally out of proportion to the trivial miscommunication =overreaction to a perceived slight.
The GMC should have not even looked at this.
Am I missing something?
A pity Boris is not registered with the GMC !!

3 months and two distinguished people will spend their valuable time to decide if Lap top promise statement interfere with clinician’s ability to diagnosis and treat. . It will take 2 month to publish decision.
I thought 30 minutes would be appropriate.

“I don’t want a public enquiry, Humphrey. I want to find out WHAT HAPPENED ! “.