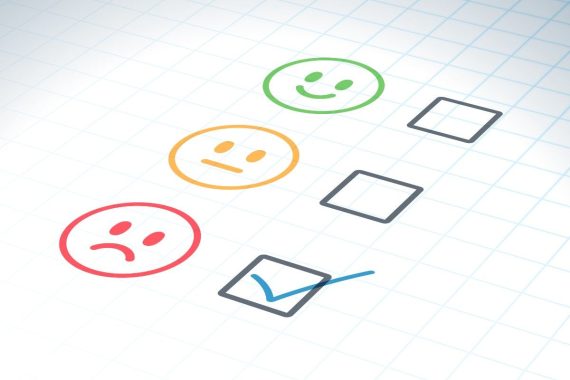 GP practices are set to face new targets for responding to patient complaints under standards being piloted by the health ombudsman.

The new Parliamentary and Health Service Ombudsman (PHSO) complaint standards are currently being piloted in every sector of the NHS – including one GP practice – and were due to be implemented across the NHS this year.

However, a PHSO spokesperson told Pulse that due to delays caused by the pandemic, the full rollout is now planned for the beginning of next year, with the ombudsman to implement the standards from April 2023.

The proposed complaints standards said staff should ensure they ‘consistently meet expected timescales for acknowledging a complaint’ and ‘respond to complaints at the earliest opportunity’, providing ‘regular updates throughout’.

They should also give ‘clear timeframes’ for how long investigating the complaint will take and ‘agree timescales with everyone involved’, including the complainant.

An accompanying draft model complaint handling procedure said that complaints will be acknowledged within three working days either verbally or in writing.

It set the following targets against which complaint resolution should be measured:

The document said: ‘Our frontline staff often handle complaints that can be resolved quickly at the time they are raised, or very soon after. We encourage our staff to do this as much as possible so that people get a quick and effective answer to their issues.’

It added: ‘If we think a complaint can be resolved quickly, we aim to do this in around 10 working days.

‘If we cannot conclude the investigation and issue a final response within six months (unless we have agreed a longer timescale with the person raising the complaint within the first six months) the responsible person or a senior manager will write to the person to explain the reasons for the delay and the likely timescale for completion.’

Organisations should maintain a record of all complaints and whether a response was provided within the agreed timescales, it said.

It added: ‘As soon as practical after the end of the financial year, we will produce and publish a report on our complaints handling. This will include how complaints have led to a change and improvement in our services, policies or procedures.

‘We expect all staff to identify what learning can be taken from complaints, regardless of whether mistakes are found or not.’

PHSO said that quicker complaint resolution will ‘reduce the possibility of complaints becoming legal claims or being referred to the ombudsman’, saving ‘financial and emotional costs for everyone’.

It added that the standards – developed with the CQC, GMC, DHSC, NHS England and NHS Resolution – are a ‘first step’ to addressing a culture in which complaints are ‘feared or ignored rather than embraced’, leaving staff feeling ‘unsupported’.

There is currently ‘no single set of guidelines for managing complaints about NHS services’ and staff can’t always access the ‘right training and support to handle and resolve complaints’, it said.

The model complaint handling procedure and accompanying guidance will be used to develop a ‘professional skills training and support programme for all staff delivering NHS services’, it added.

Meanwhile, NHS England’s annual report for 2020/21, published last month, set out that during the year ahead it will ‘[re-introduce] complaints training’ for GPs and practice staff and ‘[support] primary care and our regional complaints teams to consider how we can implement the new standards’.

It will also work with NHS Digital as part of a consultation to ‘review the way in which data on complaints in primary care, including dentistry, is arranged and collected’, it added.

The report also revealed that 151 whistleblowing disclosures were made to NHS England relating to primary care organisations between 1 April 2020 and 31 March 2021.

‘A significant proportion of cases (18%) were concerns relating to the NHS and Government response to the pandemic, particularly the provision of PPE for staff,’ it added.

Last month, the CQC was accused of ‘soliciting negative GP feedback’ amid reports of 176% rise in complaints.

NHS England announced in October that patients will rate GP practices in ‘real time’ via text message on how satisfied they are with their access to care from this year, as part of its controversial GP access plan.

Meanwhile, the MDU saw its busiest months ever last year, as part of a 23% increase in the number of GPs it is supporting with complaints and claims made against them – including over face-to-face appointments.

Pulse revealed in July that complaints to the health ombudsman peaked in 2019/20 but remained high the following year, with almost 6,000 complaints made about GPs in 2020/21 despite a pause in the process due to the pandemic.

In 2018, a medical defence organisation urged the PHSO to clarify its clinical standards for GPs after its updated clinical standard framework failed to remedy concerns its processes were ‘incoherent’.

PHSO makes final decisions on complaints that have not been resolved by NHS England, UK Government or other public organisations.

GMC admits it needs to do more to reduce racial inequalities

Sounds reasonable, but PCSE, GMC, NHSE must be held to exactly the same standards

PCSE completing anything within 6 months…. good luck with that!

Patient complains.
Red carpet.
You can’t complain against them.
Be quiet. Be subservant.
Progressive medicine post-pandemic.
Keep serving lobster at the all you can eat buffet.
Some won’t like it.
The state, penalising the state worker.
Makes sense.

The state nurturing the scapegoat tale.
The state gaslighting.
State Disorder.
The state desperately trying to survive.
Patients are voters.

We all see this coming once everything is ‘back to normal’ , especially the media(and the government)is only interested in reporting the latest on the Ukrainian war rather than keeping up with the currently rising cases of Covid 19.
Six months is a reasonable and pragmatic time to process complaints .
Nevertheless, there is a caveat of ‘ finding somebody to blame’ instead of dealing with an unpleasant experience in general practice sensibly and responsibly:
(1) It is ludicrous to hear this as quoted ,
‘’There is currently ‘no single set of guidelines for managing complaints about NHS services’ and staff can’t always access the ‘right training and support to handle and resolve complaints’, ‘’
The implication is potentially another complaint of the complaining process , significantly lessening the chance of reaching satisfactory outcomes to both sides .
(2) The government is not , and yet to , establish realistic service expectations from general practice , sending the correct message to the public The punchline is , face to face consultation is to be expected ,by default, despite GPs are still to implement infection control measures substantially prolonging consultation time , hence limiting the number of FTF everyday .
How many complaints or even claims are to be related to lack of FTF consultation( whether appropriate or not to the circumstances) , is a realistic revelation when figures come .
(3) How much is the system will be taking the extraordinary circumstances created by Covid 19 into account (in judging some of these complaints) will have pervasive ramifications . These include issues of morale , workforce and of course , safety .
I fail to see anything constructive from any level …….😑

Another bullying quango, apparently answerable to no-one and only too happy to help the malicious harass doctors.