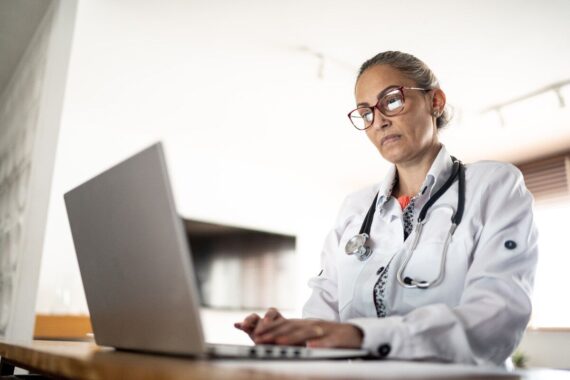 GP practices will soon need to grant medical examiners access to patient records for every death where a coroner is not involved.

Once in force, the Health and Care Bill will introduce a statutory medical examiner system within the NHS rather than local authorities in England, so that all deaths not involving a coroner can be scrutinised.

According to a parliamentary report, the new system was put in place during 2021, however it is not statutory until the Health and Care Bill comes into effect, which could be as early as this month.

Back in 2016, then health secretary Jeremy Hunt announced the introduction of medical examiners from April 2018 to independently ‘review and confirm the cause of all deaths’, but the system took years to implement due to trusts not taking it seriously.

In 2018, Mr Hunt reaffirmed that ‘every single death’ within the NHS would be scrutinised by medical examiners or coroners in light of the Bawa-Garba case.

A House of Commons research briefing on medical examiners said: ‘The Bill will amend the Coroners and Justice Act 2009 in England to set out a power for English NHS bodies to appoint Medical Examiners and a duty on the Secretary of State to ensure that enough medical examiners are appointed in the healthcare system in England’.

It added: ‘The purpose of the amendment is to introduce a statutory scheme of medical examiners within the NHS rather than local authorities in England.

‘Following a death that is not being referred to a coroner, medical examiners, who will be registered medical practitioners, will scrutinise the cause of death stated by the attending medical practitioner on the Medical Certificate of Cause of Death and hold discussions with families.’

Minutes from a meeting last year by the NHS Health Research Authority said that ‘primary legislation is expected to put the system on a statutory footing from April 2022’ which will ‘require medical examiners to access the records of deceased individuals held outside Host Trusts by different healthcare providers’.

Role of the medical examiner

NHS listed the potential benefits of medical examiners for GPs as:

It said that the interaction between the GP completing the MCCD and the medical examiner can normally take place without the need for a verbal discussion and through the usual entries in the patient record.

It said: ‘In most cases a short “last entry” in the records will normally suffice for interaction between GPs and medical examiners, but a discussion is welcome if the GP would find it helpful.’

Local medical examiner officers will contact GPs when they are ready to ‘start discussing processes to provide independent scrutiny of deaths in the community’.

GPs to report fewer deaths to the coroner under legislation change

Medical examiners to review all deaths from 2018

Creating a new bureaucratic role for medical practitioners during a medical manpower crisis: what could go wrong?