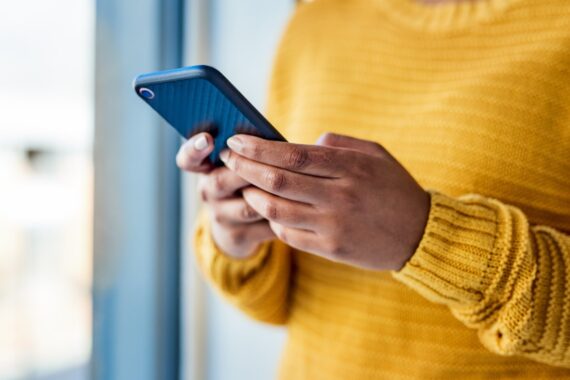 The enabling of patient access to GP records via the NHS app is set to be delayed again, with NHS England acknowledging concerns around patient ‘safeguarding’, Pulse has learned.

NHS England told Pulse on background that it was not sure when access would be enabled, but said it would not be on 1 April.

However, two LMCs said they had been informed access would now begin from July.

Kent LMC said in its latest bulletin: ‘We have been informed that the online access to patient records launch has been delayed from April 2022 to 1 July 2022.’

Wessex LMC said in its most recent newsletter that it understands the ‘go-live date has been further delayed to July 2022’ after NHS England told them it would set up a ‘new approach after April’.

Regarding the reason, it quoted NHS England as having said: ‘We understand the concerns of the GP community, in particular around safeguarding, and share their determination to proceed in a way that addresses those concerns.’

NHS Digital had announced in October that patients whose practices use TPP would be first to have access to new entries in their GP notes through the NHS app from December 2021 – with EMIS practices to follow this year.

But the launch date was delayed until April 2022 for both systems, after the BMA wrote to NHSX expressing its concerns about the timing of the rollout.

At the time, NHS England said it ‘appreciated’ that further time was ‘needed to prepare systems and staff for the changes and to provide training on ensuring sensitive information is safely hidden from patient view as it’s entered on systems’.

In a previous GP bulletin, the BMA England GP Committee said it was continuing ‘to work with other stakeholders to seek a resolution to ongoing concerns’ as it ‘recognises the immense pressure that enabling access to records in such a short timeframe would put on GPs’.

Currently, the ‘requisite infrastructure and guidance’ is ‘not yet in place’ to launch patient access ‘in an effective fashion’, it added.

The bulletin said: ‘We have concerns that without this and without an adequate public education campaign, the launch of the programme will likely drive traffic to GPs from patients unable to access aspects of their record or confused about what they find, ultimately creating more harm than good due to increased demands on GPs time.’

The RCGP had also urged the health secretary to delay the rollout, by at least eight weeks, to ensure guidance could be published for practices before it begins.

Under the plans, patients will not be able to make changes to their GP record at this time, although a Government white paper last month said that plans were ‘underway’ for patients to be able to access and contribute to their shared care record.

Medical records have always been a nightmare.The 1911 Lloyd George record should have been abolished with the arrival of the NHS in 1948, but was still being used by the FHSA to damage patient care in the 1980s and was still actually used into the 90s.
Today computer records have their own disadvantages
The concern with regard to allowing patients to see their notes, is not balanced by an understanding of the alternative
A patient attends to discuss an issue, while he invariably continues talking, usually rapidly, the GP must call up the correct screen, page through the entries, open the relevant letter read and digest the contents, while not ignoring the patient.All in nine minutes.
Whilst the theoreticians continue to debate, safely protected from reality ,patients and GP need a practical workable solution.The most promising approach at present is to advise all patients attending hospital to ask that all letters are copied to them, and to keep those letters in their own files.

Because writing today: “patient bought a new packet of cereal and thinks they are gluten intolerant but has not stopped the cereal” and “patient had chest pain 2 months ago, but didn’t get any skiing last week, or whilst running or whilst taking recreational drugs, but wants to know what it is, despite a normal x-ray and ECG” – would have been “empowering” to the population.