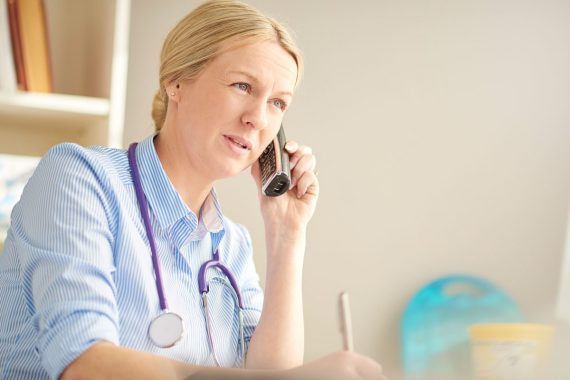 The BMA has launched a new survey as part of work being done to tackle sexism in medicine.

Doctors of all genders are being invited to respond to the ‘everyday sexism in medicine’ survey which has been set up to explore what doctors have experienced or witnessed.

Dr Chelcie Jewitt, a trainee in emergency medicine, worked with the BMA to develop the survey after finding that despite countless examples of discrimination she and her colleagues had experienced working in the NHS, there was no data.

Discrimination can include stark examples, such as being told on a foundation placement she wouldn’t ‘want to come help out in theatre’ as there was no point since she was ‘destined to have kids and become a GP’ or a patient asking for a male doctor, she explains.

But also countless insidious examples that occur frequently such as being spoken over, having her opinions or management plans dismissed, being expected to do more of the administrative jobs or not being encouraged to undertake research or presentations.

The survey is based on The Everyday Sexism Project that highlights the negative effect that seemingly harmless microaggressions can have on individuals, over time grinding down confidence, making people feel excluded from the wider workforce and impacting morale, Dr Jewitt wrote in a blog post.

‘By investigating gender issues in the medical profession, the BMA aims to work to improve workplace culture for all doctors within the NHS, where they can work in fair culture which gives equal access to opportunities, free from prejudice and discrimination,’ she said.

The survey follows BMA data showing gender disparities in burnout and emotional distress as a result of the pandemic.

Female doctors responding to surveys about working during Covid-19 said ‘felt compelled to step up’ during the pandemic, even though they knew they were at risk, and had consistently taken on extra – often unpaid – work to the detriment of their own wellbeing and mental health.

In all 27% of women had taken on additional hours over their contractual requirements compared with 23% of men.

By February this year the proportion of women considering themselves to be currently suffering from depression, anxiety, stress, burnout, emotional distress, or other mental health conditions relating to or made worse by their work or study had grown to 44% compared with 35% for male doctors, the BMA reported.

The survey is open until 31 March.