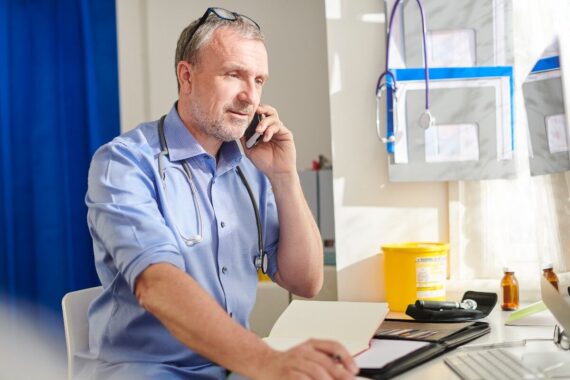 The Government should set up a CQC-style, arms-length body to hold the NHS to account over GP and other staff burnout, the RCGP president has told MPs.

Professor Dame Clare Gerada, who stepped down as medical director for NHS Practitioner Health last week, told the House of Commons health of Social Care Committee that the confidential mental health support service saw 5,000 people in the first year of the pandemic.

This should have ‘the same authority, the same power and the same resource’ as ‘for example, the CQC’ or the national ‘speak up’ guardian’s office, she added.

And it would be a body that ‘holds to account the NHS around its wellbeing; that sets the metrics, the standards, that looks at research and development, that supports health organisations to embed good practice in their organisations’.

‘If we had that, I think we would be in a better place than we are now,’ she said.

She was responding to a question from the select committee’s chair Jeremy Hunt, who had asked whether NHS staff ‘have enough support for long Covid’, when she made the point that the issue is much wider.

She told the former health secretary that while her charity has ‘heard tale after tale of doctors and those in other professions who are being sacked because they’ve got long Covid’, this is ‘just one issue going on and it’s one very specific issue’.

‘What’s underneath all of this is, I think, the symptoms that we’ve got are symptoms of an organisation that is unable to care for its workforce in the way that it should be caring,’ she said.

‘So long Covid is an issue but I don’t think we should go down a rabbit hole, because we then start providing support for long Covid when actually what we need to do.

‘And we have to put that fire out, not just patch people up who are burnt,’ she concluded.

Last week, the BMA called for a £1bn ‘welfare and wellbeing fund’ for NHS staff, as part of its requests for the upcoming Spring Budget statement.

And the GMC recently warned that GPs are most likely to ‘bear the brunt’ of doctor burnout, with the proportion of GPs ‘struggling with workload’ in 2021 more than doubling on the year before.

As being a patient currently off sick with burnout on medications, I would say Yes to this .
But as a person studying the reality of politics , I understand how the Health and social care select committee of HSC will respond.
A regulator is ordained a protector by a hierarchy checking on its subordinates , never the other round .
My simple plead rather is , will Mr Hunt kindly reveal the true reasons why he failed to achieve the target of recruiting 5000 extra GPs during his reign ?

Politicians are narcissists for the most part. Heads up. It took a pandemic, to do…nothing.
Kind of sums them up.

I think Clare Gerada “gets it” but I don;t think we need another quango.
Mr Hunt was right about needing 6000 more GPs but he didn’t deliver. This hasn’t changed.

GP workforce planning, recruitment and retention are what are needed pure and simple.
We need to stop existing GPs retiring early. We need to train more doctors (maybe happening) then persuade them that they are better off in GP than in hospital or abroad.

Remove pointless complex task based micromanagement of GP practices. Let them be autonomous practitioners again. Increase pay to practices so that they can recruit staff.

Reimburse extra taxes such as employers NI, additional pension payments for employees, data protection request costs when they are being added.

Increasing GP numbers is the best way to safeguard the service. But we need a proper workforce plan, and we needed this 5 years ago.

We all know why and how this happened – a malignant alignment of CQC, GMC, A&R, NHS-E, media vilification, pensions, workload and complaints escalation.
To reverse and remediate these in sufficient time would need an almighty power with the ability to pull multiple levers very hard, simultaneously and very quickly. This is not going to happen.
Nothing will change, GPs will be (in the words of the report) “agglomerated” into “scale operations” (most likely hospital-based), the quality of service will be pretty poor and impersonal as a result and the politicians will blame us.
I’ve been watching this for over 30 years – thankfully now from the sidelines. The trajectory is clear. The solution is equally clear: find a way out, to exercise your skills on better terms for more realistic reward and with less hassle. ASAP.

No chance of this happening.

Nb. Jeremy Hunt is trying to reduce, as far as possible, his political vulnerability WRT the NHS in advance of an inevitable Tory leadership campaign.

More comfy sinecures and patronage opportunities for the well connected.

Isn’t this what our union is supposed to do?