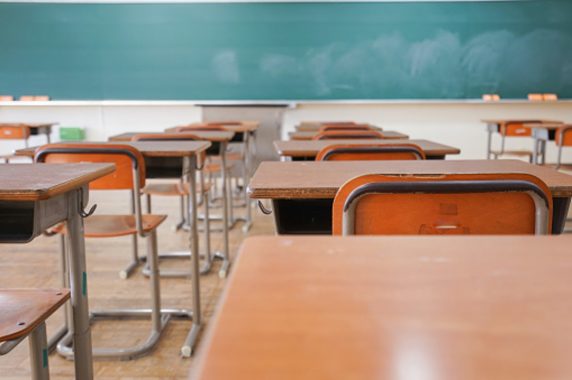 New medical students may be put off general practice due to ‘very public criticism’ in the media around GP access, co-chair of the Medical Schools Council (MSC) Professor Malcolm Reed has said.

It follows a new report published today by the MSC calling for 5,000 new medical students for the NHS to cope with workforce pressures.

In an interview with the Times, Professor Reed said GP-bashing in the media may deter potential GPs in training: ‘It’s difficult at the moment for students because the signals they pick up around general practice are very negative.

‘The very public criticism of the public conversation about general practice, particularly in relation to issues like face-to-face or remote consultations is very damaging for GPs’ and public confidence. While these issues need to be addressed, the nature of these criticisms is very damaging in the short and potentially long term.’

The number of medical students must be increased by 5,000 to make a total of 14,5000 per year, based on present levels of doctors entering the NHS, the report states.

Professor Reed also said that even if the number of UK medical students increased significantly, doctors from overseas would still be necessary.

He said: ‘The number of EU staff has largely reduced so for nursing and doctors, we’re even more intensely looking to recruit from traditional options such as South Asian countries and the Philippines.

‘These colleagues make amazing contributions to the NHS which would grind to a halt overnight without them and nobody is saying that should end.’

Professor Helen Stokes-Lampard, chair of the Academy of Medical Royal Colleges, said: ‘Given the exceptionally long time it takes from beginning a medical degree to actually entering training and being able to independently care for patients we have a duty to make sure that we do not keep choking supply by limiting places available to university medical students.

‘If we are to deliver the kind of healthcare patients need and deserve and that we all pay for through our taxes then we need more doctors. All studies show there is a need for a substantial increase in medical students and this timely report adds further evidence to the case.’

It comes as a BMA survey found that more than half of GPs would consider leaving the NHS if the Government does not provide them with the support they need.

Last week, it emerged that NHS England’s claim that full-time equivalent GP numbers are up by 1,200, compared with 2019, included all GPs in training.

NHS England made the claim as part of its case for GPs to provide more appointments in its ‘plan for improving access for patients and supporting general practice’.

The NHS Digital data was previously dismissed by GP leaders as ‘disingenuous’, due to a change in the methodology that has seen historic estimates of workforce numbers removed.

The support plan also suggested the £250m winter fund for general practice could be used to bring in retired secondary care doctors, including geriatricians, to help support GPs.

Meanwhile, a GMC survey published this month of doctors leaving the profession revealed more than four in ten GPs who have quit the NHS did so due to burnout.

Well , am I allowed to say , ‘what goes around, what comes around’?

Forget the family dynasty and passing down of wisdom. And forget UK bred doctors, to encourage a persecutory ethos of UK institutions.

General Practice a great career; just not in the NHS.

Reply
Unsuitable or offensive? Report this comment
Turn out The Lights 21 October, 2021 9:52 am

One of many nails driven firmly into the coffin of GP land//NHS over the last decade by the privateers .If the Mail wants bad guys lets not disappoint them. Come on BMA grow some.