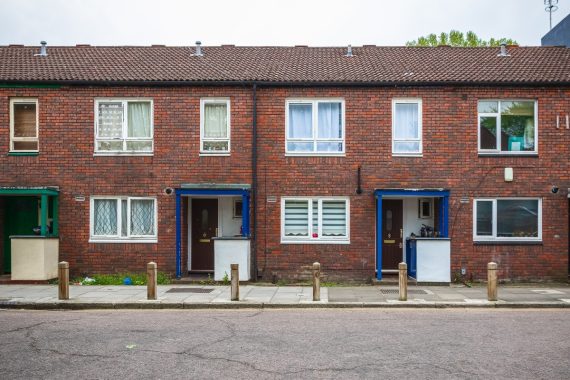 An amendment to the new Health and Social Care Bill, which is currently at the Committee stage in the House of Lords, proposes that GPs should be mandated to work in deprived areas.

The amendment – put forward by Lord Hunt of Kings Heath; Lord Warner; and Baroness Bennett of Manor Castle – proposes the creation of ‘the General Medical Practitioners Equitable Distribution Board’, which would have ‘discretionary powers’ to stop GPs taking jobs in areas where there are already sufficient numbers of doctors.

Lord Hunt said the board would be a reiteration of the Medical Practices Committee for England and Wales (MPC), which was in place from 1948, until it was abolished with the 2001 Health and Social Care Act.

Speaking in the House of Lords last week, he said: ‘I envisage the board being invested with discretionary powers of negative direction, as was the MPC.

‘It would be a way of intervening in the market and making it more difficult to appoint GPs in those areas that are already very well supplied with doctors.’

It comes as in November last year, the Department of Health and Social Care said it did ‘not recognise’ media reports that it was considering mandating GPs to work in deprived areas.

But Lord Hunt, who currently sits on the board of the GMC and is a former health minister, urged health minister Lord Bethell to ‘take this back’ for the Government to ‘give it some consideration’.

He said this is ‘an approach that has worked in the past’, adding that ‘frankly, I do not think that we can carry on without some major intervention to try to spread the load’.

‘[I]t is clear that all the odds are stacked against you if you are in an area of high deprivation where there are many more patients per GP. You get burnout among the professions and things become very difficult indeed,’ he said.

Think-tank the Social Market Foundation had also proposed the Office for Equitable Distribution of GPs in England in a report published in November.

However, BMA GP Committee deputy chair Dr Kieran Sharrock told Pulse that ‘simply banning family doctors from taking up roles in certain areas is not the answer’ to solving problems of health inequalities.

He said: ‘The bottom line is we have a major national shortage of GPs, and a tactic of “intervening in the market” and telling existing doctors where they can and cannot work will not permanently solve the recruitment crisis in general practice.

‘To incentivise GP recruitment in under-doctored areas, there must be a focus in Government on fixing the significant resource allocation issues in general practice.

‘As Lord Hunt rightly highlights, working in an area of high deprivation carries its own set of unique challenges, and yet paradoxically such GP practices are usually the least well resourced.’

The Government ‘must realise that a one-size-fits-all approach to resourcing general practice is not the solution.’, Dr Sharrock added, saying that ‘what is needed is political will to personalise healthcare to the needs of local populations’.

‘Until the Government addresses this issue, doctors will continue to be attracted to working in low deprivation areas where their hard work is better recognised and rewarded,’ he added.

‘We need more GPs and to support those working in the most challenging areas with proper resources so that these places can both deliver for patients and become more attractive places to work for staff.’

Lord Hunt has also proposed an amendment that would ‘ensure that primary care professions would have mandated roles within integrated care partnerships’, which has been backed by the BMA.

“Equitable distribution of GPs
(1) There is to be established the General Medical Practitioners Equitable Distribution Board.
(2) The Board has the function of ensuring the equitable distribution of GPs throughout England and that all areas have an adequate number.
(3) An order establishing the Board must provide for the constitution, remit and funding of the board.
(4) The Board must make an annual report to Parliament on its performance.”

Member’s explanatory statement:
The aim of the amendment is to establish a Board to effect the equitable distribution of general
medical practitioners in England, and to ensure that all areas have an adequate number of
GPs.

That document will likely end up in the shredder. Good way for you to send people in to appease the inequality you created. Professional slavery we call it. Next you’ll be mandated our religious beliefs, who we should marry and brand of car you’re allowed to drive. You’re looking a bit silly in the blue suits and party dresses, like I said, the universe is doing it’s rounds.

Wow this is full communist ideology.

How about abolishing the house of lords

It surely doesn’t mean “allow” as there is nothing that doesn’t allow GPs to work in deprived areas at present. Nor does it appear to mean “require” as there is no mechanism for creating some sort of obligatory service.

Nor does the amendment appear to refer to deprived areas; instead it refers to equitable distribution of GPs. This is a familiar concept in some other countries with state- regulated / commissioned health systems and was in operation until the free marketers abolished it 20 years ago. It’s questionable whether the amendment will succeed even though its ambitions appear to fall short of the headline.