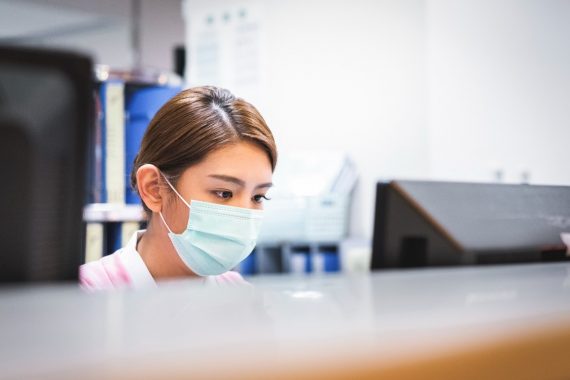 GP practice managers will be excluded from the scheme that offers £20,000 to incentivise people to become partners in a practice, NHS England has confirmed, despite having previously stated they would be included.

Practice managers were explicitly included in the ‘New to Partnership Scheme (NtPS)’ when it was announced in the 2020 GP contract and it was extended to include physician associates in March this year.

However, NHS England told The Institute of General Practice Managers (IGPM) in a letter last month that practice managers would no longer be included in the scheme.

It said it would ‘look to’ set up an alternative offer for the group, but no details of a new offer for practice and PCN managers have yet been released.

The golden handshake-style scheme was launched in July last year and also offers up to £3,000 as a training fund to support staff to transition to practice partnership.

NHS England initially stated that staff including practice managers would be included, but the BMA told Pulse it was still in discussions about this when it first launched.

NHS England last month wrote to IGPM to confirm its decision not to include practice managers in the scheme, the institute said.

According to the IGPM, a letter from NHS England said: ‘NHSEI have been having discussions over the last few months about the development of an offer for practice managers, acknowledging the current gap of provision for non-clinical staff in primary care and the critical role practice managers play.

‘The current position is that we will continue to focus the new to partnership scheme on clinical staff only, and look to develop a specific offer for practice and PCN managers as a group. We want to engage with the practice manager community as we develop this.’

Speaking to Pulse’s sister title Management in Practice, an IGPM spokesperson said they were disappointed at the decision to exclude practice managers from the NtPS.

They said: ‘We are disappointed for all those managers who were waiting to join their partnership to access the funding and support that the NtPS offered. Many had waited as they were initially included in the plans and we had been told that it was coming.

‘We want practice managers to be given the equality of opportunity. With the removal of them from the NtPS this has taken away the equality that was previously offered directly from [NHS England primary care director] Dr Nikki Kanani.’

The spokesperson added: ‘We know that this will not stop practice managers becoming brilliant partners, but we feel that the discrimination towards professionals who happen not to be clinicians can’t be ignored.

‘In some quarters there is a lack of understanding of the important job we are all doing in general practice. GPs know without good managers in practice, practices fail; the CQC know that the management of practices is key, the BMA, GPC and RCGP accept that a practice is only as good as its practice managers. We will continue to ensure that NHS England know this too.’

Practice managers sent an open letter to NHS England and then health secretary Matt Hancock calling for their immediate inclusion in the scheme after it opened to applications from clinical staff last July.

NHS England said in July that it was ‘working on a plan’ for practice managers to be included but did not provide a timescale for when this would take place.

Meanwhile, NHS England last year amended its guidance for the scheme after GP partners were denied their £20,000 golden hellos in a ‘catch-22’ situation.

Is there a shortage of good Practice Managers then?
I never got a golden hello as a GP, as it was turned down by the LHB. and there IS a shortage of GPs.

Good idea as the practice manager job has evolved greatly over the years and a good manager can make a big difference.
GP partners in contrast have lost the seniority allowance. Have had to fund staff pay rises, including for salaried GPs
The pandemic has cost us thousands in paying overtime for some staff while others are shielding.
Expenses up across the board, profits eroded, pensions taxed.
If in NHS PROOERTIES FACING ASTRONOMICAL SERVICE CHARGES
HMMM