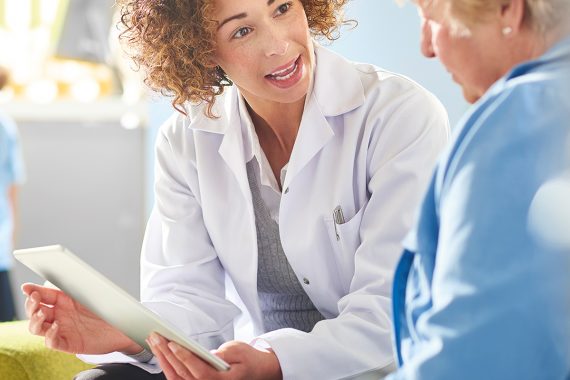 This comes a NHS Scotland published its NHS Recovery Plan last month (25 August), in which it detailed plans to recruit more pharmacists into general practice.

But Community Pharmacy Scotland director of operations Matt Barclay highlighted concerns surrounding the community pharmacy workforce numbers and increasing workforce pressures which he,  in part, connected to the ‘uncoordinated recruitment’ from general practice.

‘The current approach to recruitment will ultimately be detrimental to the joint ScotGov/CPS ambitions for the community pharmacy network which are outlined in the Recovery plan and Achieving Excellence in Pharmaceutical Care’, Mr Barclay explained.

The plan had said that: ‘By April 2022, we are aiming to have Board-delivered pharmacy and nursing support in all 925 of Scotland’s General Practices or direct additional support to Practices where this is not the case’.

But Mr Barclay said: ‘Over the last 3-4 years almost 600 WTE [whole-time equivalent] pharmacists and 300 WTE pharmacist technicians have been employed to support the pharmacotherapy element of the GP contract.

‘This workforce shift has occurred with no planning to account for the needs of hospital or community pharmacy services, with the vast majority of individuals coming from the latter.

‘These roles are critical to even the most basic functions of our 1258-strong network of pharmacy teams,’ he said.

He went on to call upon the political decision-makers, healthcare partners and Health Board colleagues to support the community pharmacy network to ‘allow them to continue to support patients in their vital role in the heart of communities’.

‘Calls for appropriate workforce planning should be happening as a minimum at this time, with priority placed on roles that are critical to patient wellbeing and timely access to services,’ he added.

He said that without a change in the current policy the ‘unnecessary strain’ that community staff are facing as a result of this recruitment to general practice will ‘undoubtedly worsen’.

‘CPS would always be interested in working with partners, within Health Boards, ScotGov and the wider primary care team, to see how we can maximise the skills of the pharmacy network, but we must be part of discussions and solutions to minimize the impact on patients,’ he added.

This is not the first time CPS brought to light an issue with losing community staff to general practice.

Back in February 2019, CPS said that national plans for every GP practice to have the support of a pharmacist or pharmacy technician may have to be adjusted due to workforce shortages.

A spokesperson from the Association of Independent Multiple Pharmacies (AIMp) said: ‘GPs recruiting pharmacists has caused a shortage of pharmacists in community pharmacies, which is why AIMp is fully supportive of today’s plea from Community Pharmacy Scotland for the practice to cease.

‘The problem is equally acute in England and Wales, where GP surgeries are hiring pharmacists for primary care support roles. AIMp has begun discussions with NHSE about this issue. This is putting extra strain on a sector, already having to cope with the impact of the pandemic and offering their normal services, and being asked by the NHS to supply further treatments and procedures.

‘The GPs must call at least a temporary halt so we can continue to consult with the NHS and agree a strategy.’

They added: ‘Pharmacists pride themselves on being accessible and providing a quality, trusted service. This is proving more and more difficult, due to the targeting of their pharmacists and technicians by GP surgeries.

‘There is no question of community pharmacists not supporting the expansion of their role and welcoming a reformed NHS, all they are asking for is to be able to retain their employees so they can still operate to the same high standards that the public rightfully expects.’