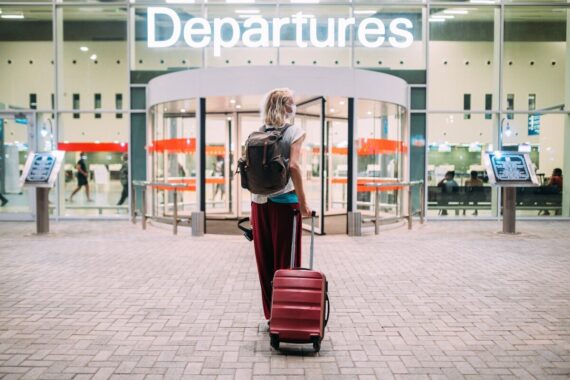 The BMA has raised concerns that airlines, including EasyJet, are asking travellers to bring a GP letter explaining medicines in their hand luggage.

GP leaders said they would ‘raise this issue’ with the airlines in question and advised practices to direct patients to their medical record on the NHS app or charge patients for the information.

In its latest bulletin, the BMA’s GP Committee said: ‘It has been brought to our attention that some airlines are advising that travellers bringing medication in their hand luggage should bring a letter from their medical practitioner confirming the type of medication and what it is for.

‘We will raise this issue with the airline, but in the meantime, we would remind practices that patients can print off their medical record from the NHS app, or alternatively, practices are able to charge for travel-related requests for information.’

The GPC bulletin linked to guidance on EasyJet’s website, which advises travellers to bring any medication in their hand luggage, alongside a ‘letter’ from their ‘medical practitioner’.

It added: ‘Please bring a letter from your medical practitioner confirming the type of medication and what it is for.’

When asked for clarification by Pulse, an EasyJet spokesperson confirmed that the advice only applies to prescribed medication.

They said this requirement is in line with Government guidelines and that it is also the case for other airlines.

However, it remains unclear whether the airline will update its published traveller guidance with these clarifications – that the advice only applies to prescribed medicines and that passengers can bring a copy of their prescription instead of a GP letter.

The EasyJet guidance also said travellers should contact their ‘medical practitioner’ if they are ‘in any doubt’ about whether they are ‘safe to fly’.

And it advised travellers must:

Last year, the BMA warned that some airlines – including EasyJet – were still asking travellers exempt from wearing a face mask to obtain a medical certificate against Government guidance.

It said this risked distracting GPs as overseas travel increased over the summer period and called on the Government to remind travel companies that people do not require proof from a doctor, ‘especially amid the huge workload pressures facing practices’.

And it comes as NHS communications teams are using social media to advise patients to talk to their GP about travel plans, despite this not being within the remit of general practice.

Such work would command a fee, otherwise it’s a NO from me.

That will be £50 for that letter. No problem.
Less drinking money.
Banter.

Cash generator but daft. Everyone knows me at T3 Manchester. So validity of the letters is easy!!

Sounds reasonable, for a suitable fee : if they can afford to fly, they can afford related costs – but they should not be flying at the moment due to a) covid risk; b) excessively high flight cancellation risk; c) war in europe may affect flights and safety; d) excess non-offset carbon emissions from airline fuel use and climate emergency risks.

fit to fly is sometimes a major decision in those with hypoxic copd decompensated heart failure etc and it would be significant assessment- these people should in general be directed back to the airline as each may fly with different cabin pressures etc or their consultant.Major airlines but perhaps not budget used to provide this service

Medication. be aware that for some countries tramadol codeine and other narcotics may not be permitted even if prescribed in Uk. it might be sensible for the traveller to sort this out with the countries involved, or at least the GP to put in writing in the notes that they are not saying medication can be imported just that it is being prescribed in Uk

For other meds a (pointless) practice pro forma available keep on the front desk saying
”XXX Practice.This person is on medications prescribed on their repeat medication list . Those on injectable medications such as those with diabetes or for blood clots will also need to have needles and syringes with them”
, and advise people to print off and take this list with them or have the nhs app on their phones (in my view this does not need charging for as the time taken to argue about it not worth the hassle just have the letters free on raception or website to be printed

The local pharmacy has said today that norethisterone and citalopram are running out of stock nationally. Imagine if you had to write letters for diazepam, propranolol and sertraline too.
Moderately.

advise the pilot to maintain a height of under 10000ft in patients with stable COPD in an ideal situation.

Is this not a breech of Article 8 rights to privacy?

no extra monee – no extra workee !

Relax David jenkins – it is for extra money, and you can charge whatever seems appropriate. so if it is someone who can afford to fly overseas at a time when overseas air travel is STRONGLY advised against due to the risk to health of NHS staff when they bring back covid from their holiday, then you can charge danger money.
Didn’t someone say Solicitors charge about £ 80 for a standard letter, but you will have to enter specific indications for each medicine, so that is maybe additional £5 per each med after the first one?

Do you want reasons per medication added to letter?
Click here (+£1 per item)

Do you want SpeedyLetter service? (+£15) click here for you e-Letter in 3 days or your printed one in 5 days.

Terms and service available via a totally impenetrable website and refunds are available if applied for on the 32nd of any month.

Fit to fly letters worry me greatly.
Having not undertaken a diploma in aviation medicine, I’m not sure I can give any kind of expert opinion on oxygen requirements and cabin pressures changes on a frail patient with multiple cardio-respiratory co-mobidities. I would guess if they are well enough to get past check in, passport control and board the aircraft then they will probably be ok…. but it is a guess!