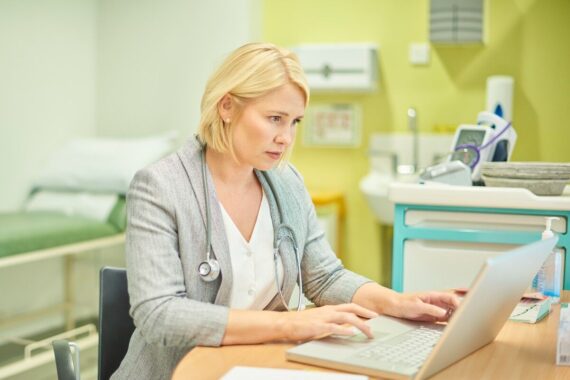 The UK LMCs conference has ruled that ‘it is a huge drain on GP resources to do a fit note in the first four weeks of illness’.

It also said ‘self-certification for social security and work purposes should be extended from the current seven days to 28 days as a permanent change’.

It also passed as a reference – meaning it does not become conference policy – parts of the motion which said GPs were ‘not best placed’ to assess fitness to work, and a call for an independent occupational health service to be set up to assess patients instead.

Proposing the motion, Dr Jasmeet Singh of Glasgow LMC, illustrated the workload by saying he himself had to assess eight fit notes requests in the previous week.

And he argued that GPs completing fit notes is a ‘clear conflict of interest that can endanger the doctor-patient relationship long-term’.

According to Dr Singh, the temporary extension of self-certification during the pandemic showed that patients and employers can be trusted to self-serve for up to four weeks.

‘I commend the Government on our negotiations and [ask it to] make this temporary change more permanent,’ he added.

But, to ‘make more meaningful, real change that makes a difference to all of you, reducing stress, workload significantly, we should no longer issue fit notes full stop’.

Speaking against, Dr Charles Bleakley from Bath and North East Somerset, Swindon and Wiltshire LMC said: ‘The best person to issue the fit note is the one who is treating the patient for their condition, knows them and has access to the medical notes.

‘This may very often be the GP who has access to the complete medical record, but it may well be a hospital physician or member of the surgical team treating the patient at the time.’

Last month, the Department of Health and Social Care said GPs no longer have to put their signature on fit notes for patients, in a bid to reduce workload. Instead, a new version of the form automatically includes the issuer’s name and profession.

The Government had pledged in August 2021 to reduce GP workload relating to fit notes in the longer term, including by making them fully digital and encouraging hospital doctors to issue them to their patients.

AGENDA COMMITTEE TO BE PROPOSED BY GLASGOW: That conference with regard to fit notes, observes that most GPs do not have occupational health qualifications and:

(iv) believes that general practice is neither the best placed, nor GPs the most appropriate professional, to assess fitness to work – PASSED AS A REFERENCE

(v) believes that for illness more than four weeks long, an independent occupational health service should be set up that would assess any patient for these matters, removing that workload completely from general practice – PASSED AS A REFERENCE

GPs no longer have to put signature on fit notes

But, does anyone really want to help your bureaucracy? Or is it a game of merely wanting you to hold everyone’s hands, in the gutter of society, keep you “busy” and occupied, whilst they siphon of the cream.