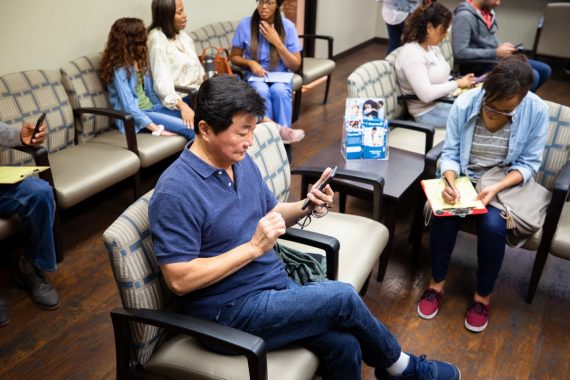 General practice has been told to increase the total volume of appointment levels as part of a £250m funding package announced by NHS England today.

The plan revealed practices that do not reach pre-pandemic levels of face-to-face appointments by November will not receive any funding and will instead be offered ‘support to improve’.

This comes as GPs delivered five million more appointments in August this year compared with the same month last year.

The NHS England plan for ‘improving access for patients and supporting general practice’ said that commissioners must aim to ensure practices achieve ‘at least pre-pandemic activity levels for the equivalent period’, but this excludes appointments for Covid-19 vaccinations.

The NHS Digital data also showed an increase in the proportion of appointments that were delivered face to face of almost one percentage point – rising from 56.9% in July to 57.7%.

The BMA said the package is ‘flawed’ and ‘patient care will suffer as a result’.

Your a banker you made lot of money with numbers.

A bigger number is bigger than a smaller number.

If you exclude the covid vaccines an extra 3.6million appointments took place in post pandemic August. That’ a bigger number than a previous smaller of appointments. I will have my £4 a patient now please, no hoop jumping.

Reply
Unsuitable or offensive? Report this comment
Turn out The Lights 14 October, 2021 4:47 pm

Less Gps more appoinments give,you can only push so much,something will give but I suspect its given already.

Enough is enough.
Yeah, SJ is pushing the patients to ask for more of their doctor, demand more, as his announcement today is to make more GPs to say goodbye, retire, go part-time or just do locuming on your terms!! ( or see your career change advisor)

Thank you SJ for further bashing the battered GP ! Is this going to end?

Time to switch off the lights, put the shutter down and leave.

Do you realise why this is all happening.
Because your pay is CAPPED. And they know they can try milk you. Whilst hospitals tariffs activity.
To save money send it all your way.
What he doesn’t realise is some of us have our brains switched on..since we were 15 years old.

Unless we cease e consult which wasn’t a big thing 2 years ago and which was supposed to be non additional work and which IS incentivised now – I can’t see this being possible. So ridiculous a target as to not even be worth chasing. You may as well send the hit squad in now you poor uninformed ignorant sad little Javid man.

You can increase to a million billion trillion appointments 7 days a week, 12am-12pm, forever and ever for the whole planet for free, regardless of immigration status and address or identity, and it still won’t be enough. We’ll just refer that million billion in…and cause you a massive migraine sajjy. Do some reading of the graphs and bar charts. When they said, your cases are going up, Tories said forget it. Then 167K died. Well done.

I think we’ll go back to full face-to-face for everything. 10 min appts to give normal blood results and sick notes. Bring it on.

They’re just killing cobras…..things will get worse not better

Reply
Unsuitable or offensive? Report this comment
Not on your nelly 15 October, 2021 6:46 am

Surely it’s time to crack out all of the BMA’s dry powder and have some proper industrial action? Otherwise we can post as many incredulous posts as we like, nothing will change.

Why bother with the winter access fund.
Has anyone done the math?
Maybe £4 a patient.
Deduct income tax, NI and superannuation payments and it becomes less than 80p. per patient.
Not worth the aggro.
Javid and NHSE can forget it.

GPs will increase the time per face to face.

And therefore reduce appointment times. Well done Sajid – your plan just combusted on itself.
100% face to face – at 50% capacity.

Come on guys we know we should have 15 minute appointments and 5 minutes note keeping, 1 hour meal break for a 9 hour shift , no non-NHS work , no hospital work, no off formulary prescribing , no shared care , no DVLA,, no paracute certificates, no fit to fly , no army medicals , no dentistry nonsense , no QOF , no IIF
This is what you would do ,starting from scratch ,if you were designing a safe and sustainable general practice
Lets just do in for a week – No need for industrial action , no need for hoop jumping
Just one week would do it !!!!!!!!!! ONE WEEK !!!!!!!!!!!!

Reply
Unsuitable or offensive? Report this comment
Turn out The Lights 15 October, 2021 2:26 pm

Simon, you’re absolutely right. We need to do the job right or not at all. Nobody wins with the current situation apart from the privatisation parasites.