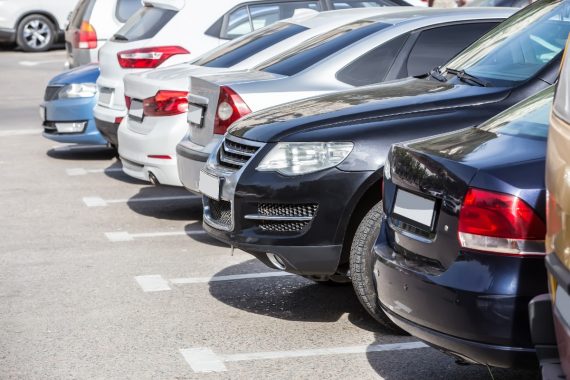 New Government rules requiring whiplash claimants to provide medical evidence of their injuries could lead to ‘more work and bureaucracy’ for GPs, the BMA has warned.

In a bid to reduce the ‘unacceptably high’ number of whiplash claims made each year, the Government introduced reforms on 31 May, which have ‘banned’ the practice of seeking or offering to settle whiplash claims without first obtaining medical evidence.

Announcing the change, the Department of Justice said making medical evidence mandatory will also help clamp down on ‘fraudulent and exaggerated claims’ and will cut insurance premiums for millions of drivers.

However, the BMA and GPs have warned that this will inevitably mean more people requesting medical evidence from their GP and increasing workload at a time when they are stretched beyond capacity.

The BMA also confirmed that practices are under no duty to provide medical letters relating to whiplash injuries, as it’s not part of the core GP contract.

A BMA spokesperson told Pulse: ‘Whiplash injuries may require specialist assessment and there should be no expectation that GPs should provide this for insurance claims. If a practice issues medical letters relating to whiplash injuries they would charge for this service since it’s not part of the GP practice contract.’

It added that the change in regulation ‘fails to read the room’, as it is being imposed at a time ‘when general practice is under extreme pressure with an ever increasing workload’, adding ‘the Government should be looking at ways of supporting GPs rather than adding more work and bureaucracy that was previously unnecessary’.

Dr Peter Holden, chair of the BMA’s professional fees committee, told Pulse: ‘There is nothing in our contract that requires us to have to do this. It’s not general medical services.’

He added that he would encourage GPs not to issue the whiplash medical letters, as they could end up in court defending their medical opinion, adding ‘who then is going to pay for their locum and time and trouble?’

He said: ‘It’s a very specific injury, and GPs need to be very careful before they say they think the person has got whiplash, because sooner or later an insurance company is going to fight back.

‘It’s not GMS, it’s private work and you need to carry indemnity for it as well. My view is that GPs shouldn’t go near this with a barge pole.’

If GPs choose to provide the whiplash medical letters, they should not do it for free, because they’ll, in real terms, be making a loss, he said, as they need to pay for staff time, paper and postage.

Northumberland LMC medical secretary Dr Jane Lothian said this change will ‘undoubtedly’ increase workload in general practice, adding ‘GPs would not be the right people to provide these detailed reports which can often escalate to quite complex claims’, adding ‘if it was me, I would leave it to people who are skilled in musculoskeletal issues’.

According to Government statistics, there were more than 550,000 whiplash claims made in 2019/20.

The new reforms include the launch of a new online portal for road traffic accident claims under £5,000.

A Ministry of Justice spokesperson said: ‘The new online portal is only serviced by medical professionals who have opted-in to provide these services and passed an audit to ensure they have the resources to cope with demand.’

Not more work—–Oh the poor darlings

We only do MRI scans for clinical reasons. I have never felt a clinical need to do an MRI in a patient who informed us about their RTA. So unlikely to ever do one. If needed for insurance purposes it is not an NHS matter and redirect to private Radiology provider.

I’m not so sure this will increase our workload necessarily.
It will reduce the number of SARs we receive from solicitors, since they’re much less likely to be involved in claims < £5000.
Nowhere in the protocols does it say GPs will be asked to provide a medical "report" – that must be undertaken by an accredited medical expert (DME or MRO).
For claims under £5000 (RTA small claims protocol) it says:
"if the accredited medical expert wishes to review your existing medical records, they will contact you. This is not normally required."
And for up to £10,000 ( Pre-Action Protocol for Low-Value Personal Injury claims):
"7.5 In most claims with a value of no more than £10,000, it is expected that the medical expert will not need to see any medical records."

So we GPs absolutely won't be providing a report, and potentially we could be providing less medical information (factual extracts from the records only).

Send it to A+E always.

neck pain is common. minor rta are common. what is amazing and sad is that number of claims that get paid annually with very little science.
If providing notes for a solicitor do we have a moral duty to include references to previous neck pain and previous claims even if the claimant only requests notes for previous 6 months. we have colleagues acting’s a experts with perhaps a very different view of how common neck pain is in the non injured and potentially are contributing to delayed symptom relief. read ‘whiplash and other useful injuries ‘ for a balanced view.
so what to do in the future. Disclose all notes that may’ve a bearing on claims (for a fee)